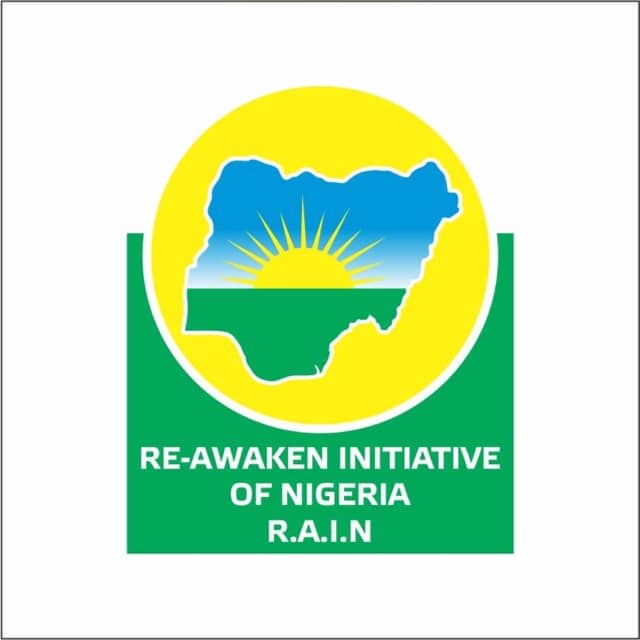 Re-Awaken Initiative of Nigeria.(RAIN) said it’s all scientific and medical actually, not an inspiration .

It’s not a disease really, just one of those flukes of nature.

This condition makes whoever is harbouring it to have two different sets of DNA inside them.

When a woman is pregnant with twins, if the twins are fraternal twins, i.e they were fertilized from two different eggs, sometimes, one of these embryo dies early inside the woman and the other surviving embryo can absorb his or her twin’s cells, making the surviving twin to be born as a single baby but with both its DNA and that of the twin that didn’t survive.

And most often than not, the pregnant woman and her husband will never know that the single child born to them was actually a fraternal twin. They will not know he or she actually had a brother or sister that didn’t survive but whose DNA and cells were absorbed by the surviving child.

Such individuals are called *CHIMERAS.*

Now if such an individual grows up and has a child, it’s very possible that the child will not take his or her own DNA but that of the other twin that has been absorbed. So if  a DNA test is done for that child of a Chimera, it will say he is not the Father or she is not the mother because it won’t see their DNA in the child, yet they are!.

Those people who have such double DNAs known as *Chimeras* are not that common but exists in their numbers nonetheless.

Ironically not all of them have any physical symptoms or signs. They just live their lives normally, some may have features like two different colours of eyes, but others may have no physical feature evidence whatsoever. And because it’s been proved that we have about 30% of women experiencing twin loss in multiple pregnancies, it means we actually have more Chimeras than we think or know about.

It’s even better if the chimera is a woman because at least her husband knew when she carried the pregnancy, so if any test says she’s not the mother of the child, they will both probably ignore it as nonsense. Issues become volatile if the Chimera is the man, because the DNA test will reveal that he’s not the father of that child, yet he is.

In 2015, a man from Washington did a paternity test for his son and they discovered that the child is not his and furthermore, the test also  showed that the child definitely belonged to his brother.

Thank God that their environment is more enlightened than ours in Africa and more tests were done, only for them to realize that his saliva carries one DNA pattern but his sperm has a totally different DNA – that of his absorbed twin! (The brother the test reffered to but who never lived).

Now imagine that kind of a thing happening here in our environment. The moment the first test was done and it showed it’s not his child, but it looks like the child belongs to a close relative, most likely a brother! It’s not only hell that will be let loose, in fact, the lake of fire will overflow its banks too. Yet, the child is his.

Why am I telling you this? It is because this issue has broken many homes and unfortunately in this part of the world, information  like this are not made public for everyone to know about.

So, before you send your wife away because DNA test reveals that you are not the father of a child or even all the children, especially if such DNA test was done not because of established suspicion but maybe because of requested statutory tests like the ones done for traveling etc, think again.

Before you send a good woman away on account of infidelity, do further tests and be sure that you are not a *Chimera* and that it’s not your absorbed twin that inadvertently fathered your kids for you.

It’s not funny I know, but it is too.

This is not fables, it’s real and scientifically proven too. So it’s possible for DNA to say you are not the Father or mother of a child, yet you are.

*Note:* Other situations can cause CHIMERISM but I don’t want the post to be too long, so I addressed the commonest one.