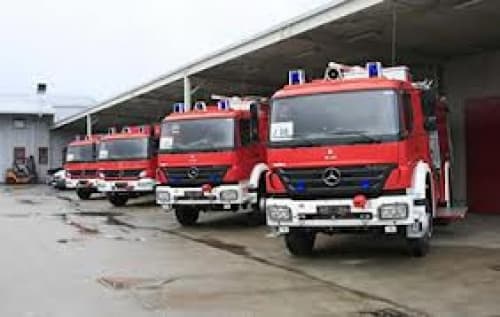 The Civil Defence, Correctional, Fire and Immigration Services Board (CCFIB), has approved the promotion of 2,382 officers of the Federal Fire Service (FFS).

The spokesperson of the FFS, ACF Paul Abraham, made this disclosure via a statement on Wednesday.

According to the statement, the Controller General of FFS, Engr Jaji Abdulganiyu announced the promotion and advancement through an internal memo.

He said that 363 officers were promoted while 2,019 were advanced from the rank of Assistant Superintendents of Fire I (ASF I) and Deputy Superintendent of Fire (DSF) respectively, in the 2022 promotion.

Jaji commended the Minister of Interior, Rauf Aregbesola, who also doubles as the Chairman of the Board, and other members for their roles in the upgrading of his officers.

He congratulated all the newly promoted and advanced officers and urged them to put in their best to justify the promotion/advancement.