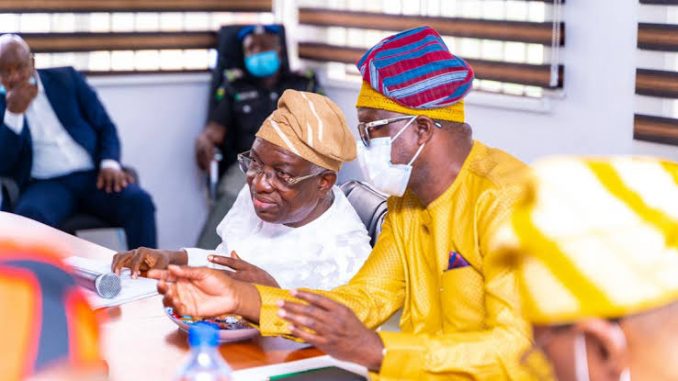 The Oyo and Osun State governments, on Thursday, met in Ibadan to resolve boundary dispute between them, Mouthpiece NGR reports.

Alhaji Rauf Olaniyan (Oyo) and Mr Benedict Alabi (Osun), who are the Deputy governors of both states led delegation of their respective states to the meeting.

They appealed to residents of the communities at the boundaries to live in peace with one another.

The Oyo deputy governor, while condemning the tussle between the residents of affected communities as a needless venture, advised them to seek to understand one another’s perspective.

He said they should not resort to violence.

In his part, Alabi described disunity as the cause of underdevelopment and urged the affected community dwellers to tread the path of peace.

The Commissioner for Justice and Attorney General of Oyo State, Prof. Oyelowo Oyewo, enjoined both parties to accommodate resolution in the interest of the immediate and larger communities.