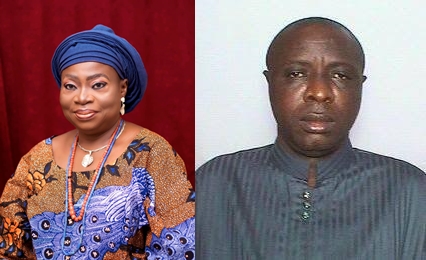 The Vice Chairperson of Oriire Local Government, Hon. (Mrs) Lydia Bankole has felicitated with the Chairman, Oyo State Advisory Committee, Sen. Hosea Agboola on the occasion of his 61st birthday.

In a statement, Mrs Bankole congratulated Sen. Hosea Agboola “for his many years of outstanding achievements, leaving behind a legacy of excellence in the places where he had been at the helms of affairs, especially as a Commissioner and Senator.”

According to her, Hosea Ayoola’s forthrightness, patriotism and passion in working for the good of Oyo state, the country and humanity will continue to stand him out as a resourceful and exemplary leader.

“For clocking this milestone at 61 years, his contributions are unquantifiable and will remains etched on the golden history as a former Commissioner of Local Government & Chieftaincy and Senate chief whip and now, as Chairman, Oyo Advisory Committee.

“On this great day of yours, I cannot but wish you a happy birthday that is steeped in long life in sound health and prosperity.” She said