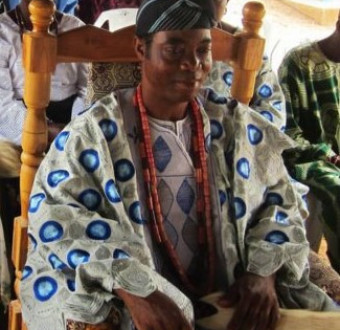 Mouthpiece NGR reports that Gunmen suspected to be kidnappers have abducted Oba Benjamin Oso, the Eleda of Eda Ile, in the Ekiti East Council area of Ekiti State.

It was gathered that the traditional ruler was abducted from his farm in the presence of his wife on Friday evening, June 25.

A source in Eda Ile said his wife would have been kidnapped but the monarch pleaded with the gunmen to leave her.

The Oba and the wife went to farm and were accosted by these gunmen. The two would have been kidnapped, but the monarch begged the bandits to free his wife, which they agreed with.” the source said.

The Commander, Ekiti State Amotekun Corps, Brig Joe Komolafe, who confirmed the abduction said all the security outfits in Ekiti including police, soldiers, Amotekun Corps, local hunters and vigilance groups, are already in the forests searching for the monarch.