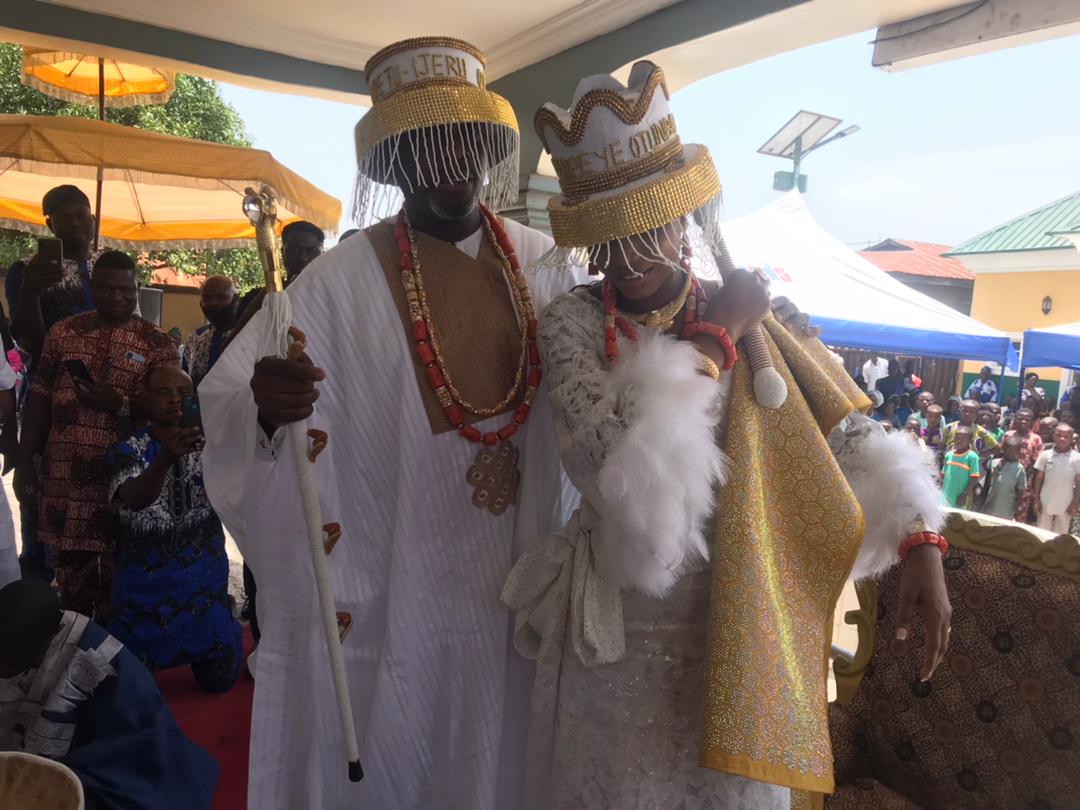 Earning accolades and honors seems to have become Hon. Segun Ebenezer Ogunwuyi second nature on an account of his sterling leadership, business exploits and philanthropic gesture to his immediate community.

With scores of Chieftaincy titles and awards in his kitty, the Oyo State Director General of Investment and Public Private Partnership (OYSIPA), was also on Saturday recognized with another top Honour by His Royal majesty, Oba Sunday Oladapo Oyediran, Onpetu of Ijeru Kingdom.

The Ogbomoso first class monarch conferred the prestigious chieftaincy title of Otunba Ijeru kingdom on Hon. Segun Ebenezer Ogunwuyi alongside his wife, Seye who was honored as Yeye Mayeloye at the Onpetu Ijeru Palace of the monarch.

Mouthpiece NGR understands that his conferment is in recognition of his invaluable services to Ogbomoso and Nigeria in general, most especially his immense contribution towards the ceding of LAUTECH to Oyo, construction of Under- G road, among others.

Among those present at the installation were, Olugbon, Ale Okelerin, as well as PDP party faithfuls and friends.

Onpetu urged all to embrace the rightful path at the right time, saying that Hon. Segun Ogunwuyi did not beg for the title but earned the honor.

He reiterated that Ogunwuyi was only honored because of his impactful contribution to the development of the land.

According to Onpetu, we travelled to Ibadan to present him letter and it took Ogunwuyi all most 3months before he could accept our offer. He had to inform the governor before taking the title.

Oba Sunday further said that him alongside other royal fathers came together to honor Ogunwuyi because of his philanthropic gesture and exploits.

As a man of the people; Hon. Segun Ebenezer Ogunwuyi is already hosting scores of his friends and associates after leaving the palace at the Lagbami Osekun Civic centre.

The preparations are in full gear to make the day eventful and memorable as the governor of the state, His Excellency, Engineer Seyi Makinde is the chairman of the occasion.