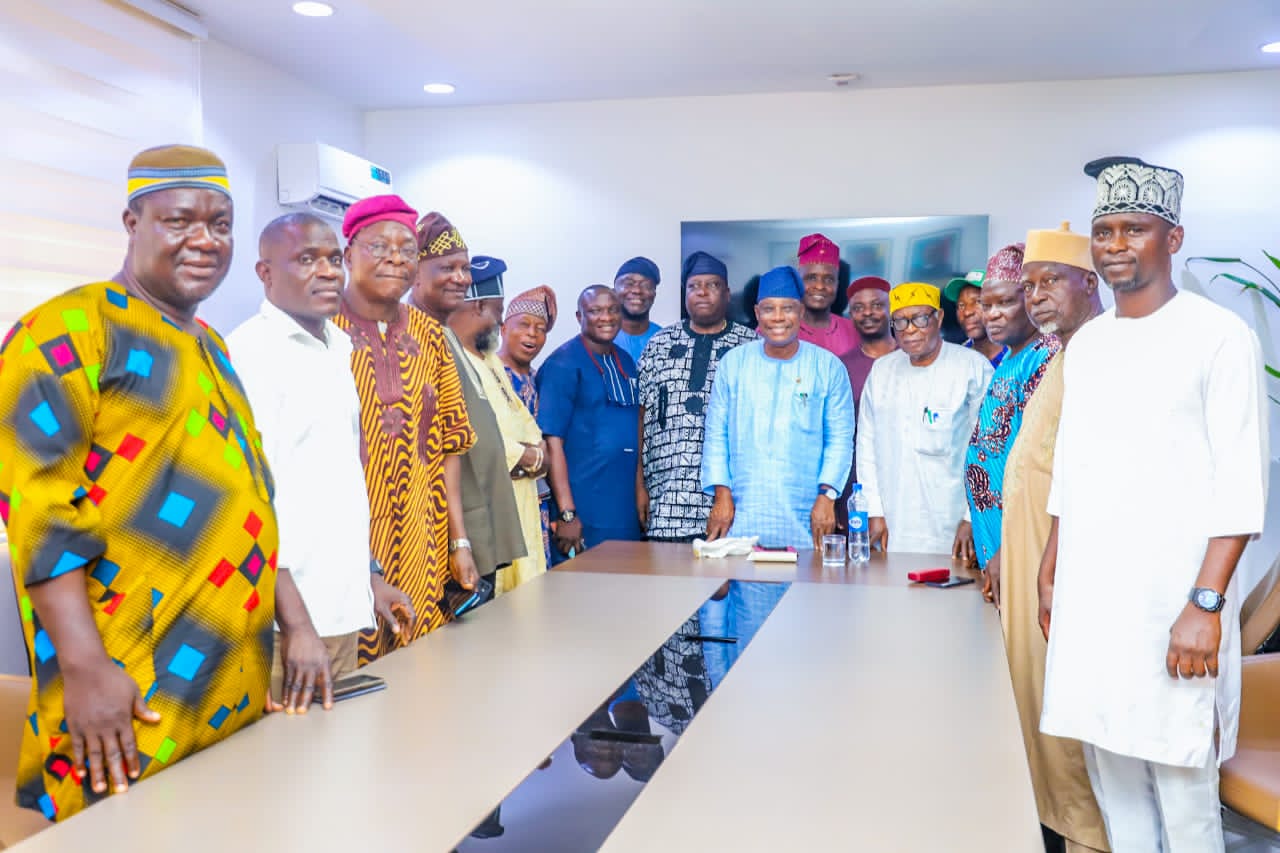 As part of his ongoing efforts to ensure that the Peoples Democratic Party (PDP) in Oke-Ogun stands as one united party ahead of the 2023 general elections, the deputy governor of Oyo State, Barrister Abdul-roheem Adebayo Lawal, on Wednesday, charged stakeholders in Saki West Local Government to continue to work in harmony.

Barr. Lawal, who made this disclosure on Wednesday, when he received major leaders of the PDP in Saki West and other local governments in Oke-Ogun, at the SSG Office in Agodi Secretariat, Ibadan, said it behoves on all party members to bury hatchets and move in one direction in the interest of the PDP.

At the meeting, which was meant to address the post-primary crisis that rocked the federal constituency following the House of Representatives primaries that produced Dr. Lukman Adisa, popularly known as Adamawa, the Deputy Governor commended the chairman of the Oyo RUWASSA and an aspirant for the House of Representatives in Saki West/Saki East/Atisbo Federal Constituency, Alhaji Najimdeen Omirinde, for withdrawing a suit he instituted challenging the primary process.

He equally charged Adamawa to reach out to all leaders and make himself the candidate for all in order to be able to win the forthcoming poll.

The Deputy Governor equally charged the chairman of the Saki West Local Government, Engr. Sarafadeen Omirinde, to make amends where necessary in the interest of the party.

“This meeting becomes imperative because of the fact that when Engr. Najimdeen Omirinde was in court over the House of Representatives primaries, we were all worried. Whether or not the primaries were faultable is left for the court to decide. But the court can go either ways, so it became imperative to dialogue with him in the interest of our party.

“He has now accepted our dialogue and withdrawn the suit and we felt it is important to all come here, appreciate him for being selfless and talk to one another on how to go into the polls with a united strength.”

Speaking separately, PDP leaders, including Chief Jacob Adetoro; former Minority Leader of the Oyo State House of Assembly, Hon. Adekunle Rafiu; Alhaji Lati Koomi all lauded the Deputy Governor for the role he played in bringing peace and stability to the party in Saki Federal Constituency.

The duo of Rafiu and Koomi emphasised that Engr. Najimdeen Omirinde is a grassroots politician, who had his wn followership and had always been ready to work for the party.

They commended him for choosing to put the party’s interest first by withdrawing the suit, even as the affirmed that everyone would work for the victory of the party and its candidates in the coming 2023 general election.

Speaking with newsmen shortly after the meeting, Hon. Rafiu said the meeting was to particularly commend the efforts of the Deputy Governor in resolving the crises in Saki West and also to appreciate Hon. Omirinde for discontinuing his court case against the candidacy of Adamawa.

He added that the resolution would make everyone to work together and ensure that the candidates of the party are victorious in the upcoming 2023 general election.

Similarly, Chief Adetoro said the Deputy Governor deserved commendation for taking charge and seeing to it that the matter is settled, even as he praised Omirinde for withdrawing the suit, urging him to work with Adamawa to win the election.

“We thank God for having a Deputy Gov who knows what is right and has been doing his best to bring all of us together,” Adetoro said.

Also speaking with newsmen, the PDP candidate for the House of Representatives in Saki Federal Constituency, Hon. Adamawa, declared that there was “no loser or winner,” praising the efforts of the deputy governor and Governor Seyi Makinde, among other leaders, for their parts in resolving the crises in the constituency.

He specifically thanked Hon. Omirinde for demonstrating the spirit of sportsmanship by dropping his lawsuit against him, describing him a party man with whom he will collaborate due to his significant influence.

“To me, Engr. Omirinde is a leader, our father and a very tactical man when it comes to the issue of politics; we need him and we are going to win together.

“I appreciate everyone for the efforts they have made. I have no power to change the past, but I have the power over my decisions today.

“I have always had a solid relationship with Engr. He has always taken me as his child. I promise not to let everyone down when eventually God gives us the opportunity to get to the office,” he said.