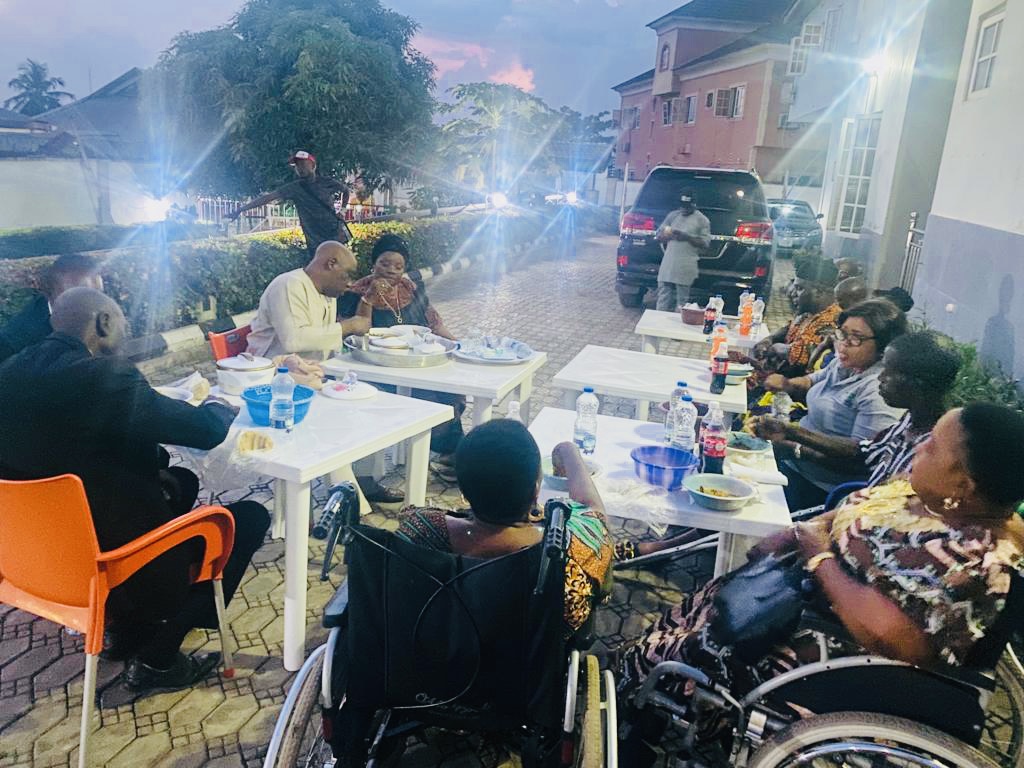 After returning from Osun state for the Flagg off Reconstruction/Rehabilitation of Ibadan-Iwo-Osogbo 91KM Road, the people with disabilities on Thursday stormed the Bashorun residence of Oyo Deputy Governor, Barrister Abdul-raheem Adebayo Lawal, to have dinner with him and his stunning wife, Chief (Mrs) Ajibola Lawal.

The group, led by Mrs. Toyin Asawale, said that Governor Seyi Makinde’s administration was the first since Alao Akala’s government to adequately care about them.

They also added that his administration was first in the state’s history to appoint a disabled person as an executive assistant, among others.

After braking their meal with him, they thanked him and his wife profusely for the gracious reception.

According to them, the deputy Governor has had an unmatched beneficial impact on them and that they will continue to support Governor Makinde’s admirable efforts to safeguard the welfare of disabled persons in Oyo State.

As they express their joy over the level of commitment the deputy governor has shown for them, they pray that God will continue to be with him and guide him.

They prayed for Governor Seyi Makinde to win the general election in 2023 by a wide margin so that he can continue his good deeds.

“Ever since we know the deputy governor, he has shown genuine concern for us and they are thrilled to have known him”.

Additionally, they prayed that God would make the governor and his deputy a blessing to the wonderful people of Oyo state and would continue to improve the connection between them.