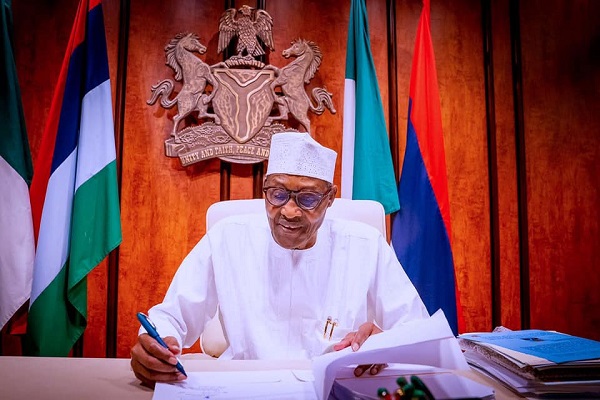 President Muhammadu Buhari on Tuesday held a closed-door meeting with a delegation of Governors from the ruling All Progressives Congress (APC) at the Presidential Villa, Abuja.

The meeting, which took place inside the President’s office, was brief after which some of the Governors moved over to the office of the Vice President, Prof. Yemi Osinbajo.

It was not known what the agenda of the meeting was as none of the participants was willing to speak with the waiting reporters.