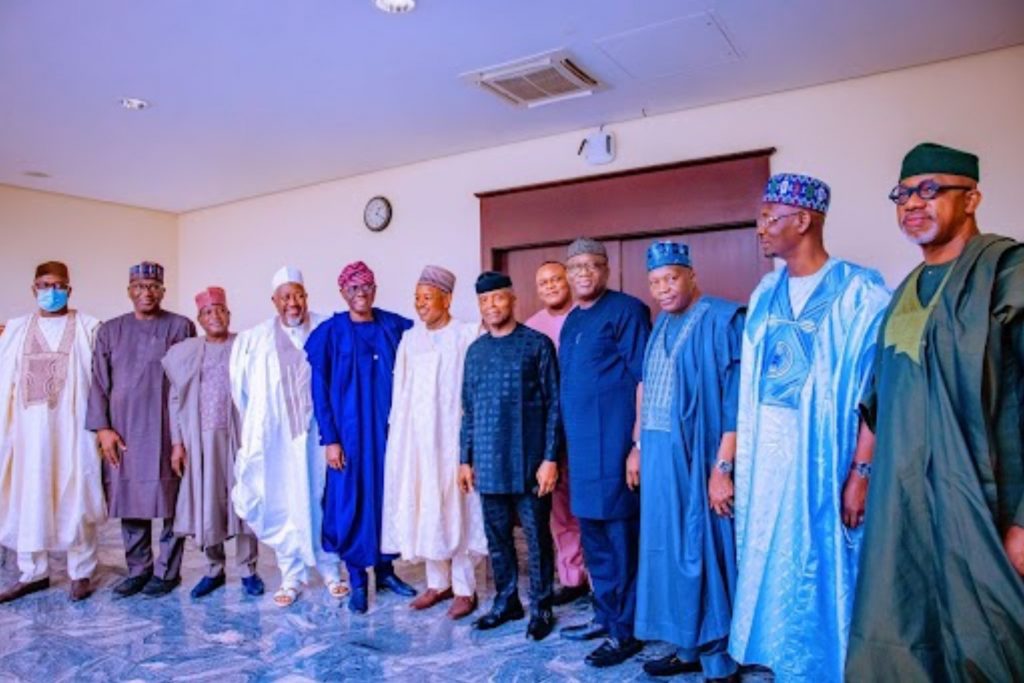 Vice President Yemi Osinbajo on Tuesday told the All Progressives Congress (APC) Governors that they need to act fast on Nigeria’s economy and the ongoing strike by the Academic Staff Union of Universities (ASUU).

Osinbajo stated this when he received the APC Governors in his office at the Presidential Villa on a felicitation visit as he recovers from a knee surgery.

While welcoming the Governors, the Vice President expressed his appreciation for the visit and the good wishes.

Osinbajo also commended the expertise of Nigerian doctors and the availability of cutting-edge medical facilities existing in the country.

He, however, regretted that doctors are restrained by regulations to advertise and as a result, many people are unaware of the level of quality medical services available locally.

During the brief interaction at the meeting, important national issues were also raised, especially regarding the economy and the ASUU strike.

Osinbajo and the Governors then agreed to engage these and other pressing issues further with a view to bringing urgent resolution for the benefit of the Nigerian people.

According to Osinbajo, “we all need to work together on this critical issue. We need to think through things, and we need to do it fast.”

The Vice President’s call follows the extension of the ongoing strike again on Monday by the Academic Staff Union of Universities.