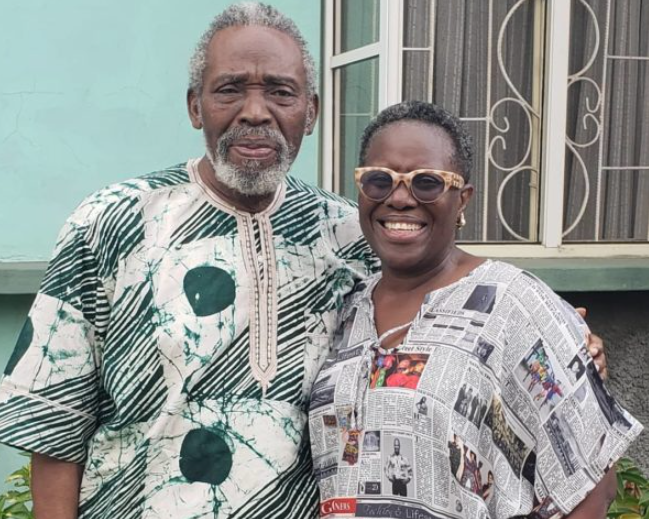 In the past year, Jacobs has been in the news as some Nigerians continue to express concerns over his health.

The state of his health has also sparked death rumours on several occasions.

But the Actors Guild of Nigeria (AGN) had repeatedly dismissed such claims.

But in a post via her Instagram story on Monday, Silva asked the public to disregard such rumours.The film star said her husband is “alive and well”.

She also said he is enjoying himself in the comfort of his home and loved ones.

“Good day everyone, trust all is going well. The Jacobs Clan would love to inform you that Papa J (Olu Jacobs MFR), is alive and well; enjoying himself as always in the comfort of his home and loved ones,” she wrote.

“To all those who have decided to ignore our last warning regarding fake news kindly prepare for legal action,” she added.

In November last year, the actress revealed that Jacobs was battling dementia after pictures showed her husband had lost weight.