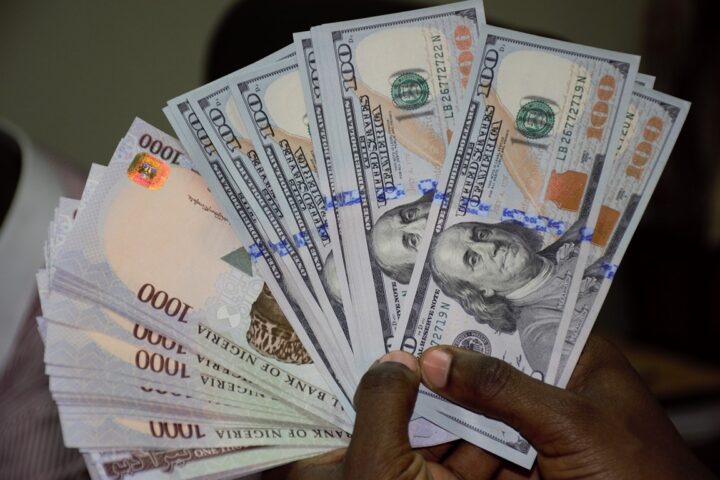 The naira has continued its downward trend, falling to N702 per dollar at the parallel market on Monday.

The figure represents N10 or 1.4 percent depreciation compared to the N692 it traded last week.

Bureaux De Change (BDC) operators in Lagos and Abuja, who spoke to TheCable, said that there is high demand for foreign currency in the street market.

The street traders, popularly known as ‘abokis‘ put the buying price of the dollar at N690 and the selling price at N700-N702, leaving a profit margin of N10-N12.

Last month, the naira weakened to N707 a dollar. It later strengthened to N670 after security operatives raided a BDC hub in Abuja.

At the official market, the local currency appreciated 0.08 percent against the dollar to close at N430.33 at the end of the last trading day (Friday), according to FMDQ OTC Securities Exchange, a platform that oversees foreign-exchange trading in Nigeria.

An exchange rate of N444 to the dollar was the highest rate recorded within the day’s trading before it settled at N430.33.

It sold for as low as N417 to the dollar within the day’s trading. A total of $82.38 million traded in foreign exchange at the official investors and exporters window.

Recently, the Central Bank of Nigeria (CBN) released $265 million to airlines operating in the country to settle outstanding ticket sales.

The move followed complaints by foreign airlines over their inability to repatriate revenue from Nigeria.