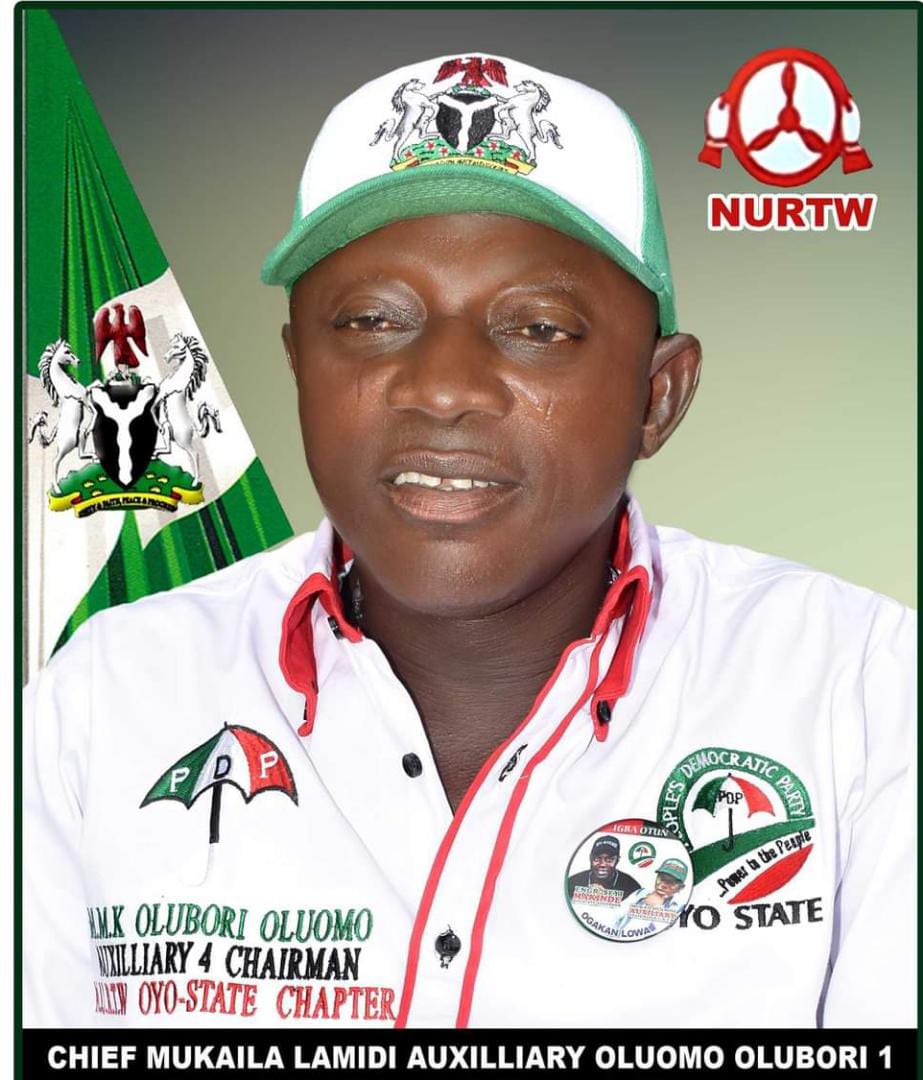 The Chairman of Oyo State Parks Management Service,  Alhaji Mukaila Lamidi aka Auxiliary has cried out that some desperate politicians are planning to eliminate him the way the late Chairman of the NURTW  Alhaji Lateef Salako aka Eleweomo was killed in 2010 as the 2011 elections approached.

This is contained in a Press Release issued by Mr Jelili Emiola the PRO of the PMS and obtained by Mouthpiece NGR on Sunday.

Emiola quoted Alhaji Lamidi as saying that “some unpopular but desperate politicians including one that was previously accused of the murder of Eleweomo are planning to take me out of circulation by any means simply because I refused to do their bidding.

“They are busy shouting my name everywhere and threatening me with the possibility of inflicting fatal bodily harm on me just as they did to Eleweomo.”

Lamidi further appealed to the Oyo State Government to protect him against the dastardly act being planned by the suspected politicians.

“Oyo State Government should reopen the Eleweomo murder case and let justice takes its course so that we can be free from the threat of fatal bodily harm which we face from the desperate but highly unpopular politicians who on a daily basis are instigating violent attacks in the state to give the government a bad name.”

He further appealed to the Oyo State government to handle this matter with the seriousness and promptness it deserves.