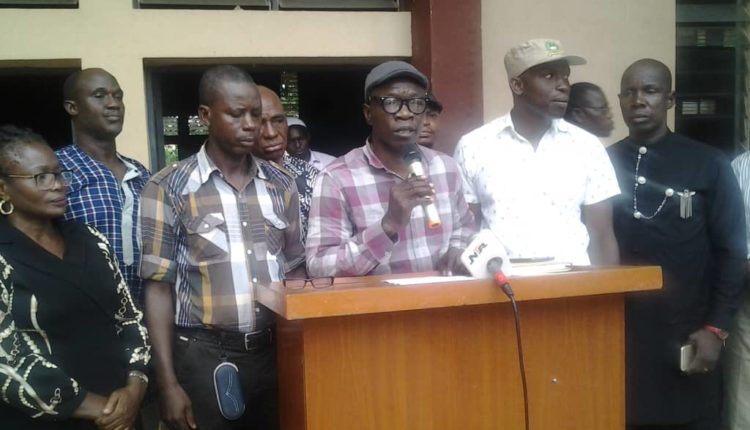 The Academic Staff Union of Polytechnics, (ASUP) has announced its plan to commence a nationwide strike action from May 11, 2022, Mouthpiece NGR reports.

This is coming less than 12 hours after the Academic Staff Union of Universities (ASUU) extended its ongoing strike action by three months.

The action, according to the union, is based on the Federal Government’s failure to implement the Memorandum of Action (MoA) reached with the union in May, 2021.

Mr Precious Nwakodo, the Zonal Coordinator of Zone D which comprises of South South and South East, announced the planned action at a press conference held at the Federal Polytechnic, Auchi, Edo
state on Monday.

Nwakodo said the planned strike action was hinged on the yet to be met demands among which are the non release of the N15 billion Revatilization Fund approved over a year for the sector to address infrastructural deficit as contained in the 2014 Needs Assessment Report.

According to him, “Following the discouraging response of the government to the one month notice of ultimatum which ended five days ago, 4th of May precisely, the NEC of the union will be meeting in two days time at Abuja to review the situation and take a decision on the planned strike,”.

While explaining that the Federal and state governments have failed to commence payment of 10 months arrears of the new minimum wage after 3 years of signing the bill into law, Nwakodo said that many states of the federation were yet to implement the new minimum wage in the various institutions.

He decried the manner at which the management of the Polytechnics and Ministry of Education have continue to take actions that are clearly in contrast with the provisions of the law.

The Zone D Coordinator called on the Federal and state governments to heed to the yearnings of the academic staff to avoid the planned strike action in the interest of the students and parents.