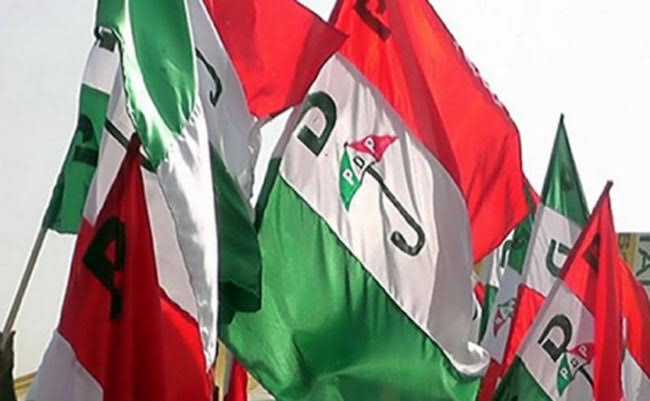 The Peoples Democratic Party (PDP) aspirants contesting for the Oyo State House of Assembly, under Ibadan South East constituency I, has rejected the imposition of any aspirant, saying a primary election, as stipulated in the national timetable of the party for the 2023 general election, must hold on the 18th of May 2022.

Mouthpiece NGR reports that the aspirants stated this in a communique issued on 7th of May 2022, at its meeting.

They deliberated on issues of constituency importance and resolved as follows;

“That we the Aspirants of Ibadan South East constituency I in People’s Democratic Party collectively resist the imposition of an Aspirant over the rest from of us.”

“That in previous meetings in our constituency with our great leader, Ambassador Taofeek Oladeji Arapaja and the rest of the leaders in our constituency, we were asked to pick one of us in consensus but none of us agreed to that and we were promised a level playing ground and all the aspirants insisted on the primaries.”

“That we the nine undersigned Aspirants in Ibadan South East constituency I hereby agreed to the following ; a). That we stand against the imposition and selection of the imposed Aspirant. (b). That we all agreed to go to primaries on the 18th of May 2022 as stipulated in our party time table.”

The aspirants called on the Executive Governor of Oyo State, His Excellency Engr. Seyi Makinde to intervene in their matter before things go sour.

They also called on the great Constituency leader, in person of Ambassador Taofeek Oladeji Arapaja (PDP, Deputy National Chairman South) to give all the aspirants a level playing ground, to going to a real transparent primaries and allow the most popular and acceptable candidate emerge.

According to them, we the undersigned nine Aspirant agreed to work together with whosoever that emerges at primaries and we shall support the second term ambition of Governor Seyi Makinde— To work together as well with our great leader, Ambassador Taofeek Arapaja and the rest of the leaders in our Constituency.