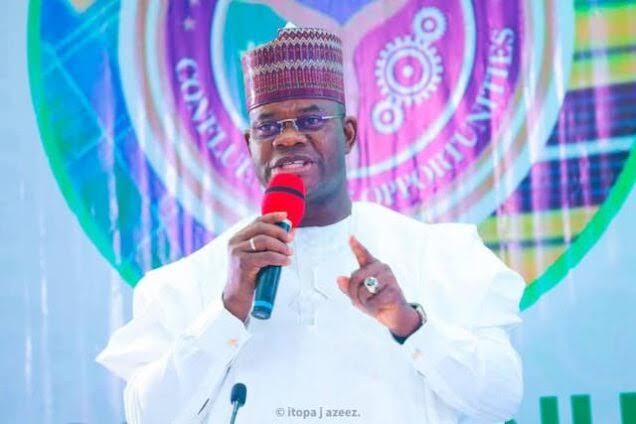 Kogi State Governor, Yahaya Bello on Tuesday obtained N100 million forms as a show of interest in the 2023 presidential contest under the platform of the All Progressives Congress, APC.

As postulated by the Director Media and Publicity, Yahaya Bello Presidential Campaign Council, Yemi Kolapo, the governor was the first aspirant under the platform of APC to buy the forms.

Nigerians have however bombarded the social media space with diverse opinions, over the governor’s decision to be the first aspirant to buy the forms.

It was the opinion of some that the anti graft agencies such as Economic and Financial Crimes Commission, EFCC, should investigate some of the political actors who could afford the expensive forms despite the low level of economic development of the country.

A Facebook user, Ademola Adegoke also added that, “If our EFCC are ready to tackle corruption, they should go after any candidate that buys the nomination form for 100m. At least the person should be able to explain where he got the 100m.”

A Twitter user, with the username ‘@afolabi_kolajo’ stated that: “EFCC, aren’t all these people supposed to be investigated? Why aren’t you people looking into it? Nigeria is for us all, no point why a man feeds a day and others could steal N100m to buy form. THIS IS UNFAIR, HONESTLY NOT FAIR,”.

Kalu Idika said, “Evidently, political setting in Nigeria is a showroom of wickedness, corruption and abuse of power and office where the poor masses are quick-driven into believing politicians. You can’t pay salaries, you can’t provide social amenities but can buy form to be voted for.”

Eden Samuel wrote, “Someone that can not pay civil servants in his state? Who did this to us? Can’t God show us mercy? I know God will have mercy on us and heal this land from evil and wicked politicians.”

“Where did he see N100 million as governor to be able to purchase the form?”, another Twitter user, @GodwinOdiko said.