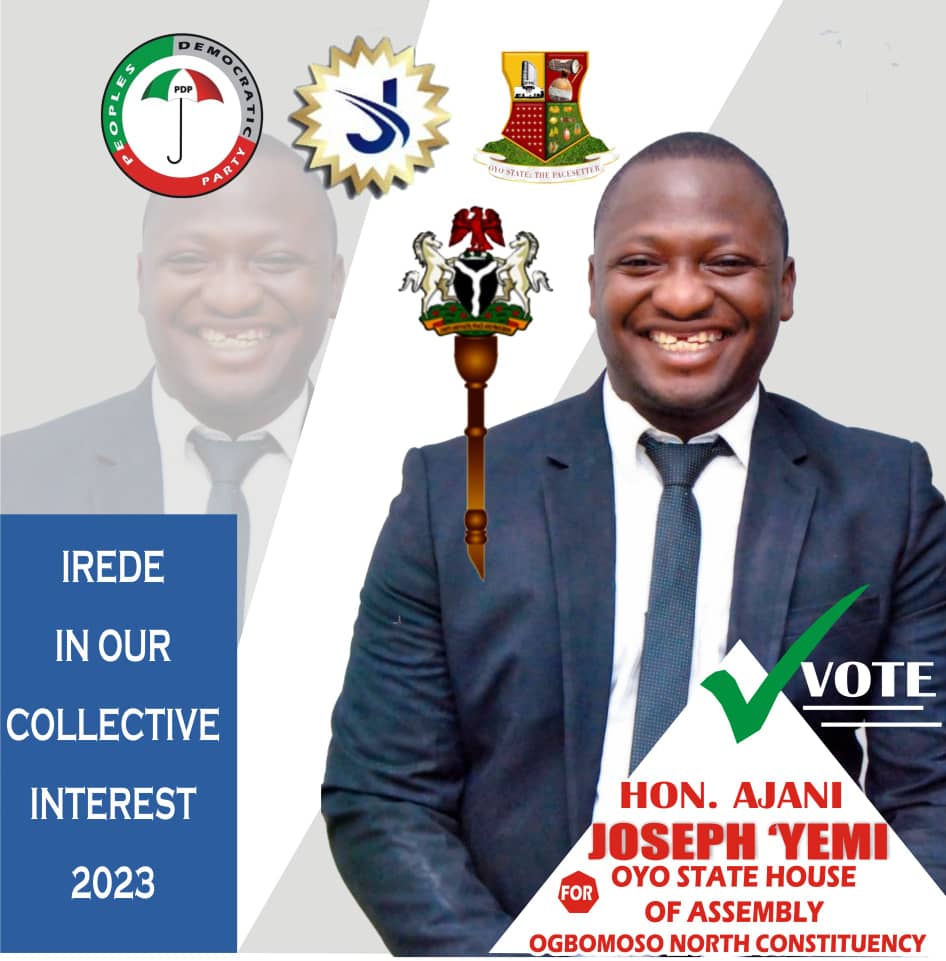 There are indications that one of the frontline aspirants for Ogbomoso North Constituency under the People’s Democratic Party, Hon. Ajani Joseph Yemi popularly known as ‘IREDE’ may be on his way to the Social Democratic Party SDP to pursue his ambition, Mouthpiece NGR has learnt.

Ajani who is keen to contest for the seat of Ogbomoso North State Constituency in the 2023 elections is said to be having the backing of Hon. Mulikat Akande Adeola for the SDP ticket.

Recalls that Akande-Adeola, a former leader of House of Representatives had recently announced her defection to SDP alongside other aggrieved members of PDP who had been at loggerheads with Governor Seyi Makinde over allegation of neglect since inception of his administration.

Speaking with Mouthpiece NGR on Tuesday, a close ally to Hon. Ajani Joseph hinted that bearing any last minute change, Irede would officially withdraw his PDP membership to pursue his ambition in SDP.

He said the reason is unconnected to the recent foul play and manipulations by party leaders to impose unpopular candidate on them despite their contributions to the party.

The source recounted how Hon. Ajani Joseph has been actively engaged in community service and attempted to be part of the solution to the problems of his constituents, saying Ogbomoso North Constituency can no longer settle for candidates who feel entitled to their place in government.

The source further said PDP leaders made the situation worse by not informing him for the Monday meeting with Governor Seyi Makinde.

He submitted that Hon. Ajani will rather leave the party for another that duly recognizes his strength and ready to give him ticket than to remain in a party led by dubious leaders.

“Governor Seyi Makinde is an humble man and someone everyone would want to work with but the leaders in Ogbomoso North are the problems.”

“They are the one misleading people because of their selfish interest and chasing everyone out of the party”.

At the time of filling this report, our correspondent yet to confirm the development from Hon. Ajani Joseph.

Both calls and texts put forward to him on his alleged-planned defection to SDP were unreturned.