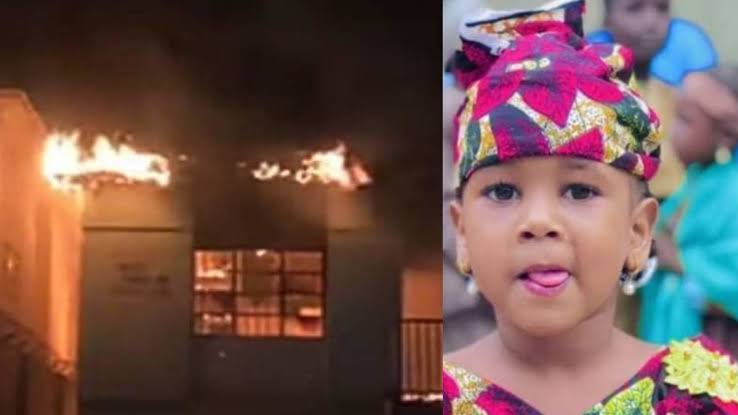 Hanifa Abubakar, the five-year-old pupil who was abducted and killed by her proprietor, was a student of the school.

The victim was kidnapped in December and killed shortly after, though her abductors had demanded a N6million ransom.

It was while trying to get part of the ransom that the proprietor of the school, Abdulmalik Tanko, was nabbed by security forces.

He later confessed to killing her with rat poison. There has been widespread outrage over the killing, with #JusticeForHanifa trending on social media for days.

Commending the detectives who nabbed Tanko, President Muhammadu Buhari assured Nigerians that justice will be served.

The Kano government had shut down the school indefinitely and directed parents to enroll their children in other schools.

However in the wee hours of Monday, aggrieved youths stormed the school and set it ablaze.

In the interview he granted when he was paraded at the headquarters of the Kano Police Command, Tanko had said he rented the building where he used for the school.

He had said there were two branches of the school and that he buried her in one branch.