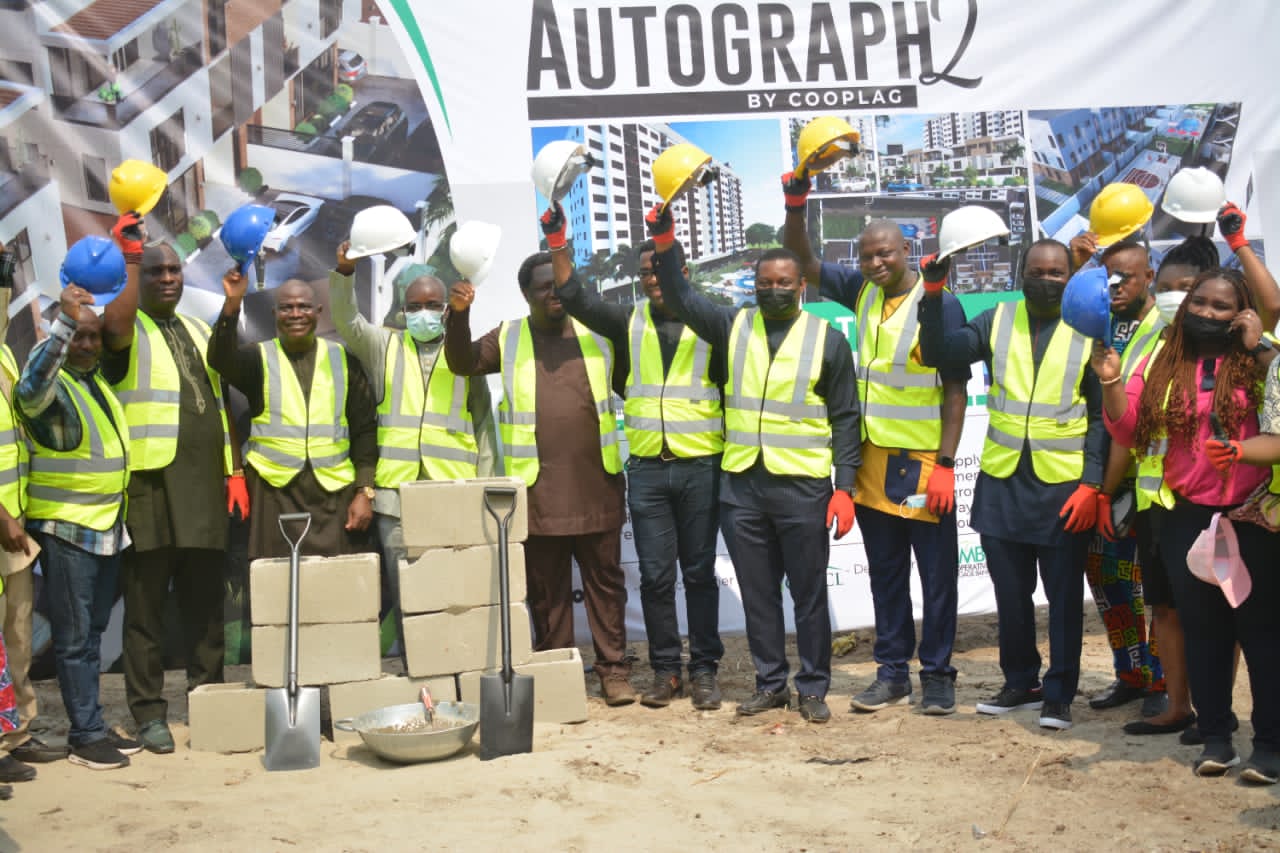 Coop Property Development Company Limited has kicked off the second phase  of the multi-million Autograph 2 housing project for Shell Staff Cooperative Investment and Thrift Society Ltd (COOPLAG) sequel to the first phase of the project which commenced in December, 2019.

Autograph 2, located at Ikoyi Crescent in Eti-Osa Local Government Area of Lagos State, would house a upscale estate of two-winged high-rise, triplexes and penthouses with over 40 units.

At the groundbreaking ceremony held at the site on Saturday, representative of the managements of CPDCL and Cooperative Mortgage Bank (CMB), Kabir Ayinde-Tukur, said the project would bring unequalled value as stakeholders are on a mission to excel in the area of providing affordable top-notch housing units.

Ayinde-Tukur, who disclosed that CPDCL and its Financial Adviser, CMB, were already expanding their workforce, stated that the mission of the project is to attract satisfied subscribers and ensure continuity of beneficial partnership.

Allison, who stated that the general design would aid usage by persons with disabilities unassisted, added that the location was specially chosen for premium yet affordable comfort.

Earlier in his welcome address, COOPLAG’s President, Jude Efuribe, expressed happiness on the successful take-off of the project after an initial setback, a situation he said resulted in a major comeback.

While appreciating the partners, members of the cooperative society and subscribers for their unflinching support, Efuribe said Autograph is a signature of identity which would further propel COOPLAG to extend the project to other members.

In his remarks, Chairman of the occasion and General Manager Development, The Shell Petroleum Development Company of Nigeria, Sam Ezugworie, expressed delight at the uniqueness of the vision, saying the project began at the best of time.

He further expressed optimism that the second phase would improve on the existing Autograph 1, adding that the partnership has set a high standard for posterity.