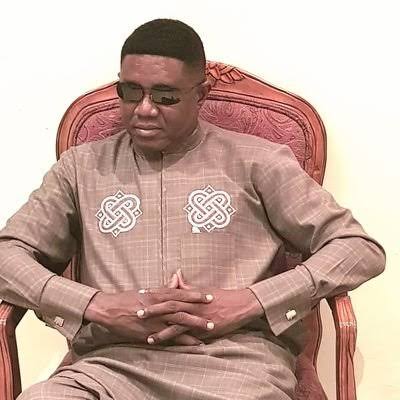 Oyo State PDP stalwart and founding member of the party, Dare Adeleke has re-iterated that the unity of the party is Paramount to all other issues at this time that the country is desirous of a new leadership to take Nigeria out of the edge of anarchy.

Adeleke who stated this in a press statement issued in Ibadan, said party members are looking eagerly looking forward to the next congress where credible men with the right credentials will be elected into crucial positions.

Dare Adeleke who is also Chairman, Oyo Pacesetters’ Transport Company, however, faulted statements credited to a top member of the party in Oyo, Alhaji Bisi Olopoenia calling for the resignation of the South West Zonal Chairman of the party, Ambassador Taofeeq Arapaja.

It would be recalled that the National Chairman of the PDP, Chief Uche Secondus had been on the line of fire as some members wanted to force him out for non-performance and other issues.

However, a meeting which saw top stakeholders of the party in attendance, have Secondus what seemed like a leeway as he survived the high level pressure to quit and the party convention was slated for October. A move which was perceived to be a soft landing for the embattled party chairman and a move to placate his supporters.

In his statement, Adeleke blasted Olopoena and called him a sore loser.

Olopoenia’s interview calling for the resignation of our zonal chairman, Ambassador Taofeeq Arapaja shows how bitter and disoriented they still are over the zonal Congress where their candidate was defeated like a small boy.

We aren’t surprised that of all the pressing issues in the just concluded national stakeholders meeting, Olopoenia picked out Arapaja to talk rubbish about, afterall, he’s a well known mole in the PDP. Olopoenia’s alliance with Tinubu is open knowledge to everyone within the party and even the blind can see his affiliation to Tinubu and his relationships with the APC.

I make bold to say that Olopoenia, is an advocate of the devil’s alternative and sees nothing wrong with Secondus Rocky and lack luster leadership.

We are not perturbed by his insignificant outbursts, it is obvious that they’re still biting their fingers, after they were thrashed in the election. Himself and his paymaster, Ayo Fayose, who throws crumbs at him like a hungry fowl will continue to go from one pedestal of disgrace to another.

Secondus may have survived the day, but the South West will not forget how he turned the other way when Ayo Fayose embarked on a destructive mission of polarising the PDP in the South West. Let it be known that Arapaja is speaking for the entire southwest and we are done with a man who has brought much confusion to our party and his co-passengers. We are resolute to take back the party from APC moles and agents planted amongst us.