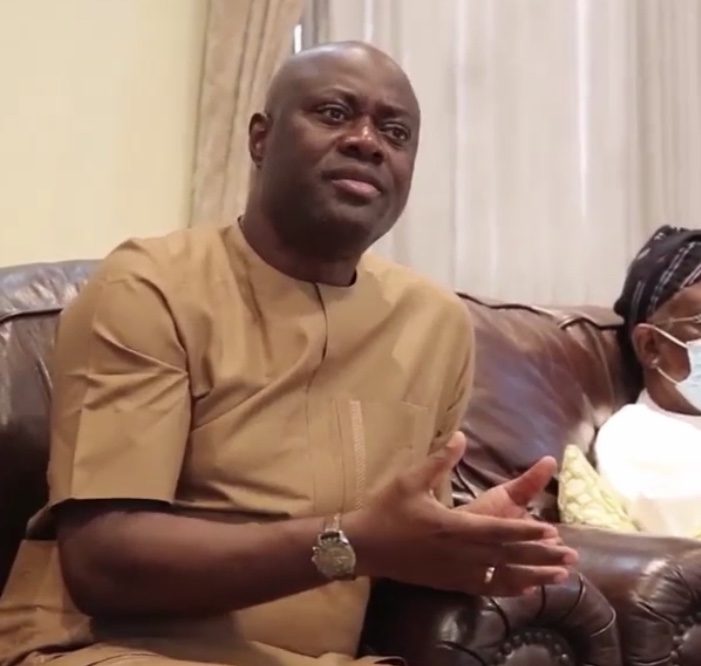 Seyi Makinde, the Governor of Oyo State has insisted that Federal security operatives must henceforth inform states before carrying out any covert operation.

Makinde was reacting to the recent crisis that rocked Igangan and its environs in Ibarapa Local Government of the state.

Some operatives of the Nigeria Customs Service (NCS) had apprehended suspected smugglers in the community, leading to a face-off between the operatives and the residents who mistook the operatives for the belligerent herdsmen and resisted the arrest.

The incident led to the death of the Coordinator of Amotekun in Ibarapa Central Zone, and two other people.

The Governor threatened to withhold the weapon seized from the operatives who invaded the community until he gets the attention of the Federal Government.

Addressing some Muslims serving in his administration when they visited him for the Eid-el-Kabir celebration on Tuesday, Makinde said recent data indicated an improved security situation in Oyo State, following various security measures the government had taken.

He said part of the measures was the instruction to local government chairmen to involve traditional rulers as well as other voluntary residents in policing their areas.

Each local government is to spend N10 million monthly on this security arrangement.

Makinde explained that the initiative amounts to spending N330 million in the 33 local government areas, besides other efforts the state government had put in place to tighten security.

“On security, most of the data in the past months shows that things are now improving. The Igangan incident, some days ago, was only falsified by some people who were saying that Fulani herdsmen had invaded Igangan again. The truth is actually about the NCS and smugglers. They know each other.

“Customs officials were accused to have entered Igangan, which is not a border town. But we are working with Federal authorities and they have arrested most of them.

“The gun that was collected is still with us. I said I won’t release it until I get the attention of the Federal authorities.

“In the Constitution of Nigeria, Oyo State is a federating unit. We are not saying Federal agencies should not carry out their operations here. But they must tell us; they must inform us. They may not disclose the details of the operation to us, but we must know about it.

“If we had known about the operation, we would have pre-informed the security detail in the town and those who died could have been alive. The Amotekun Coordinator that died in Igboora would have still been alive today.

“How can you go operating in an unidentified vehicle in a town where the security tactics have been heightened? As they wanted to enter the town, they were confronted because we have heightened security in all of those places.

“So, we will keep appealing to them and to our people that false information won’t help anybody. Nobody will profit politically from the security issues we are faced with. It is our collective responsibility. The people will play their part and the government will play its own part.

“We said each local government should set up a security committee, which should include traditional rulers and voluntary people willing to police their areas. I encouraged them to budget N10 million to service the committee every month. For the entire state, that’s N330 million per month by all local governments, excluding what we are doing generally at the state level.”