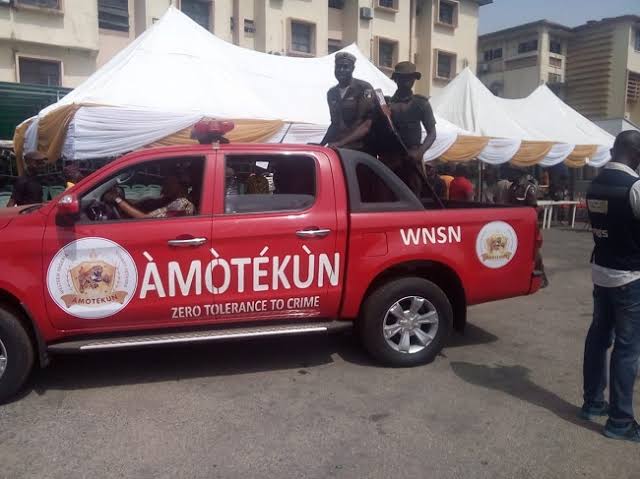 The 40-year-old man was caught and paraded with fresh human hands and dismembered body parts which were displayed as exhibits recovered from him.

Abdul-Rasheed, who reportedly hails from Ede, Osun State, said he belonged to a syndicate that has been involved in getting fresh human parts for some people.

He said their mode of operation involves exhuming dead bodies of people that they knew their names and parents’ names before their demise. Other members of the gang were said to be at large

The Commandant of Amotekun Corps in the state, Col Olayinka Olayanju (retd) told journalists that the suspect was investigated for some months before he was nabbed.

He added however that “calls have been coming in with individuals mounting pressing for his release of the suspect.”

He also did not give any indication whether the people calling for the suspect’s release are private citizens or they hold public offices despite requests from reporters.

According to the suspect, the team has been operated in Lagelu area of Ibadan suburb before the he was nabbed.

Abdul-Rasheed said “We only exhume bodies that are known to us because we must know the dead person when he or she was alive.

“We must also know his or her name as well as the mother’s name.

“Knowing the mother’s name of the dead person that we want to sell the body parts attracts extra cost from those that buy the human parts from us.”

Col Olayanju however assured that the suspect would be handed over to the police for further investigation.