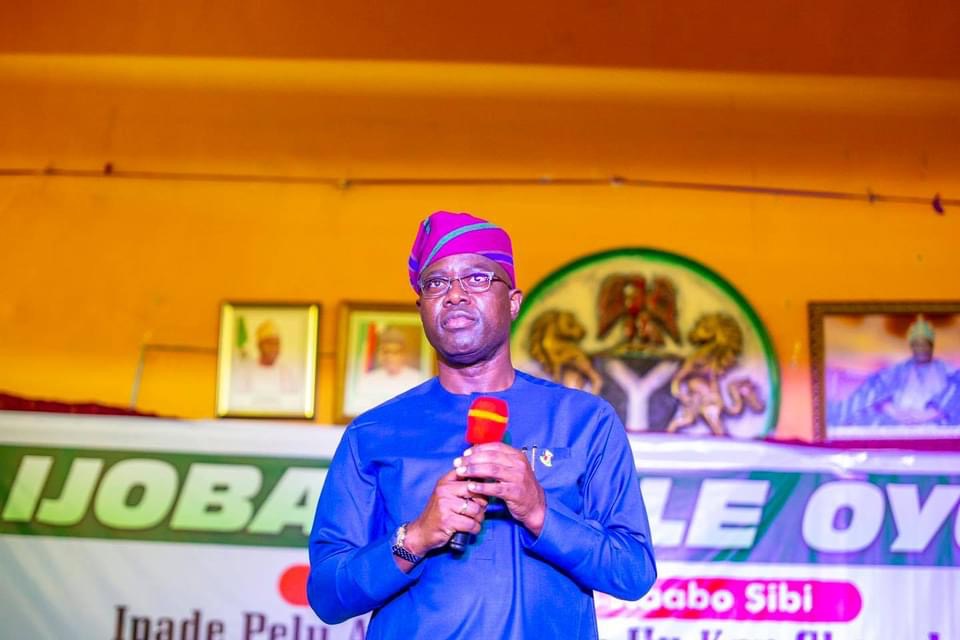 Yesterday, the Executive Governor of Oyo State, Engr. Seyi Makinde, in showing to the public that he is more concerned about the well-being of the electorates, while living up to the provision of Section 14 (2b) of the Constitution of the Federal Republic of Nigeria, 1999 (as amended) that “the security and welfare of the people shall be the responsibility of every government” declared a 25% deduction in the fees payable at the Ladoke Akintola University of Technology.

Though, I later got to know that some political urchins who are suffering from chronic stockholm syndrome have been trying to discredit the frantic efforts of Governor Seyi Makinde in improving the welfare of the people, guaranteeing their security and also investing in the educational sector by likening every of his achievements (including the reduction) to the past administration.

As much as I understand that these elements have got a mandate to defend the clustered and directionless approach of former Governor Ajimobi to governance, I hold the belief that every of their comparison must be in line with logic which is absent in most of their engagement.

The latest is the cheap political point the social media almajiris of former Governor Ajimobi and the APC are trying to score as regards the executive order of the Governor announcing a 25% deduction in the tuition fees of Ladoke Akintola University of Technology. These elements have been going round the social media with the claim that the reduction is not worth celebrating, because the late Ajimobi had on July 2011 slashed tuition fees across the State-owned institutions by 50%.

Meanwhile, these social media almajiris, because they are suffering from amnesia, have forgotten that the reduction did not affect LAUTECH because of the joint-ownership which was at play then. It is imperative to remind these social media almajiris that, Ajimobi, in his characteristic manner of not taking the governmental responsibility of investing in the educational sector amongst other required of him increased not only the tuition fees of LAUTECH from #65,000 and #72,000 (which he described as abysmal because, according to him, some secondary schools are paying more than that) to #200,000 and #250,000 for indigenes and non-indigenes respectively, the State was witnessing fractional salary payment, debt of salary arrears, inadequate subventions and poor funding of the educational sector.

It is no news that Ajimobi as Governor of Oyo State and Aregbesola as Governor of Osun State displayed the highest level of ineptitude towards the management of LAUTECH with the students being the worst-hit which made the University a hot-bed of consistent protests and industrial actions by students and staff.

Governor Makinde on the other hand, has changed the sad narrative of governance and he has made us to understand that what is needed for a government to succeed is the right intent most especially as it relates to the commissioning of the High Dependency Units, the payment of 5 months salary arrears of 170 re-engaged staff and the 25% reduction in tuition fees at LAUTECH.