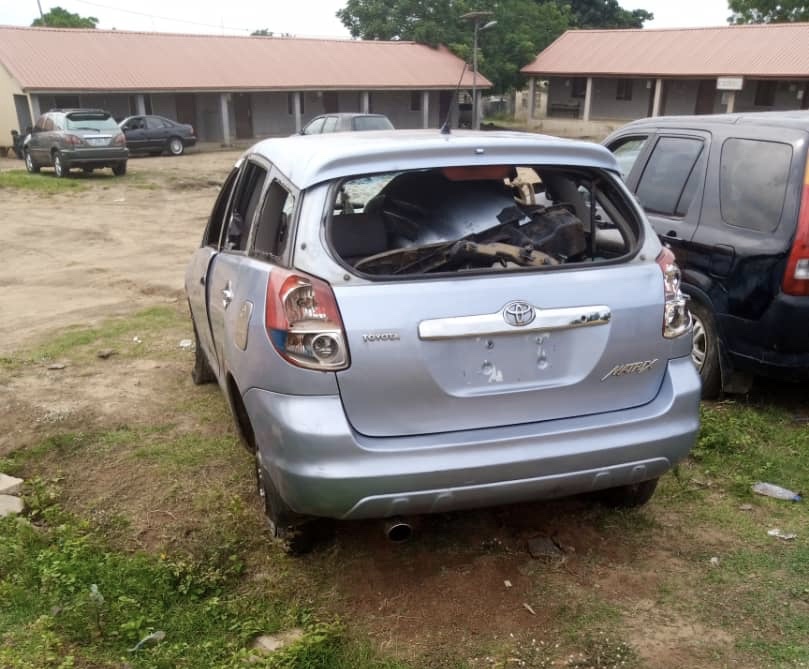 Investigation has revealed that a suspected traveller from Igbeti on Thursday suddenly lost control and rammed into market centre killing a young female kid at Oja Ajagun.

Mouthpiece NGR gathered that the grand mother of the deceased sustained light injury during the incident.

An eyewitness who spoke to Mouthpiece NGR correspondent at the scene affirmed that the car has been taken to Owode Police station.

He said the car is without a plate number and the driver yet to be captured.

Our correspondent who visited Owode Police station immediately after the incident confirmed that the car’s tyre were removed while front and back screens were broken.

At the police station, it was confirmed that the car involved in the accident not in anyway closed to Makinde’s convoy as wrongly reported by some media outfits.