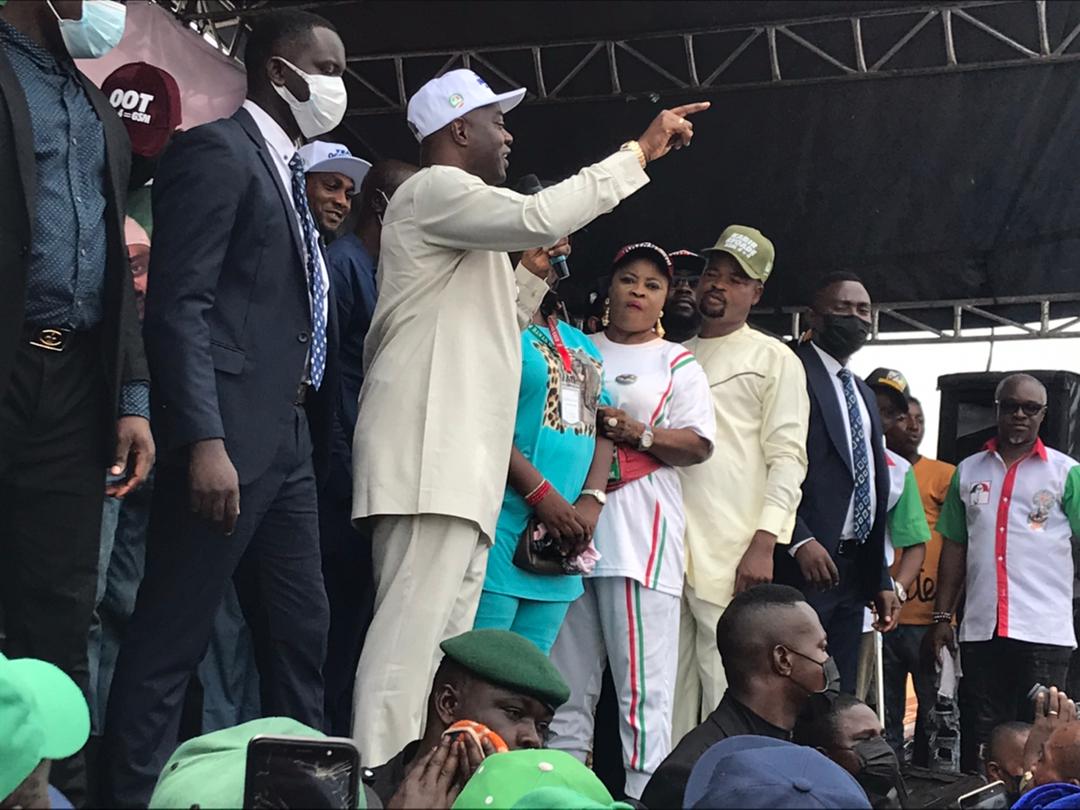 Governor of Oyo State, Seyi Makinde has urged Ogbomoso residents to cast their votes for all candidates of the People’s Democratic Party in the zone for continuity.

Makinde made this appeal on Thursday while speaking at the grand final rally held at Oja Ibgbo, Ogbomoso North, monitored by Mouthpiece NGR.

According to him, campaign has already advertised itself as LAUTECH, Under- G road and others are now in new order.

The governor asked everyone to come out en mass to cast their vote for PDP, saying their votes will give room for continuity.

He asked voters to be peaceful and law abiding.

“From Ibadan to this place, we used over 2hours. But Oyo state have constructed road from Ibadan to Iseyin, assuring that his administration will also construct road from Isehin to Ogbomoso that will aide easy within 40 minutes.

He urged everyone to vote for all PDP candidates in the coming election.

“Before I became the governor, they said the work is very difficult, but God is assisting us”

The chairmen will also be assisted by God to deliver good governance, he said.