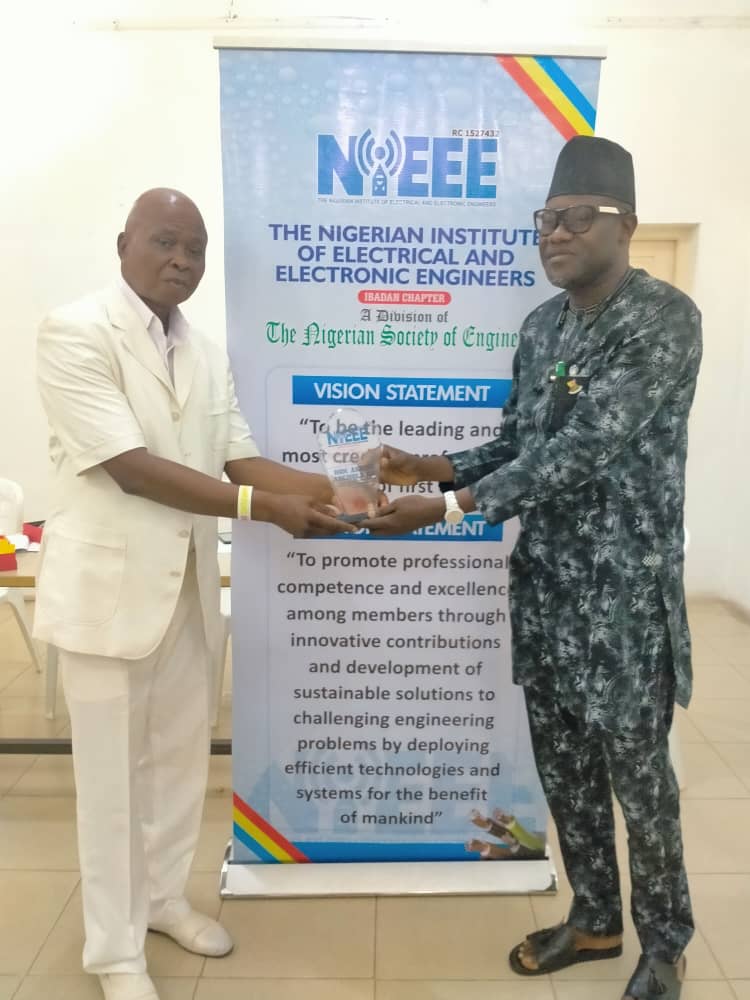 The Special Adviser to the Oyo State Governor on Culture and Tourism, Hon. Akeem Ademola Ige has called on members of the professional bodies to continue to use their God given talents to support the present administration under the leadership of Engr Seyi Makinde in order to achieve his lofty programmes for the people in the State.

Hon. Akeem Ige stated this while reacting to the award of excellence bestowed on him by the Nigerian Institute of Electrical and Electronic Engineers, (NIEEE) Ibadan chapter. The award was conferred on him in recognition of his contribution towards the progress of the association in Ibadan.

According to him, “His Excellency, Engr Seyi Makinde deserves full support and cooperation of all and sundry in his determination to take Oyo State to greater heights. The reason for accelerated development in infrastructure in Oyo State today is because the administration is in the hands of Engineers; their Excellencies, Engr Seyi Makinde, his wife and the Deputy Governor, Engr Rauf Olaniyan are all Engineers. Governor Makinde is in government with sincerity of purpose. Engineers are the most vibrant and knowledgeable people all over the world.”

“No matter the position I found myself today, Engineering profession is my background. I’m happy I belong to this group but I diversified when I found myself in politics and administration. I’ve used my position as politician to help some of our colleagues in this profession to secure employment when I was a council Chairman. To the glory of God, reasonable number of them have risen to the position of Directors in the service of Oyo State government today.”

Hon. Ige who was honoured alongside Director Mechanical Engineering Department, Water Corporation of Oyo State, Engr Rauf Amao appreciated the association for the award given to him, stressing that he was proud to be a member of the association which he described as a noble profession.

He pledged to continue to give his support to this association whenever the need arises.

In his remark while presenting the award, the Chairman NIEEE Ibadan chapter, Engr Olayiwola Oyelade noted that the awardees have contributed immensely towards the progress and development of the association and that was the reason why they were honoured with the awards.

Also present at the occasion was the Managing Director/Chief Executive Officer of the Ibadan Electricity Distribution Company (IBEDC), Engr Ayodele John, who enjoined members of the association to always think outside the box in order to do more for the Engineering profession.