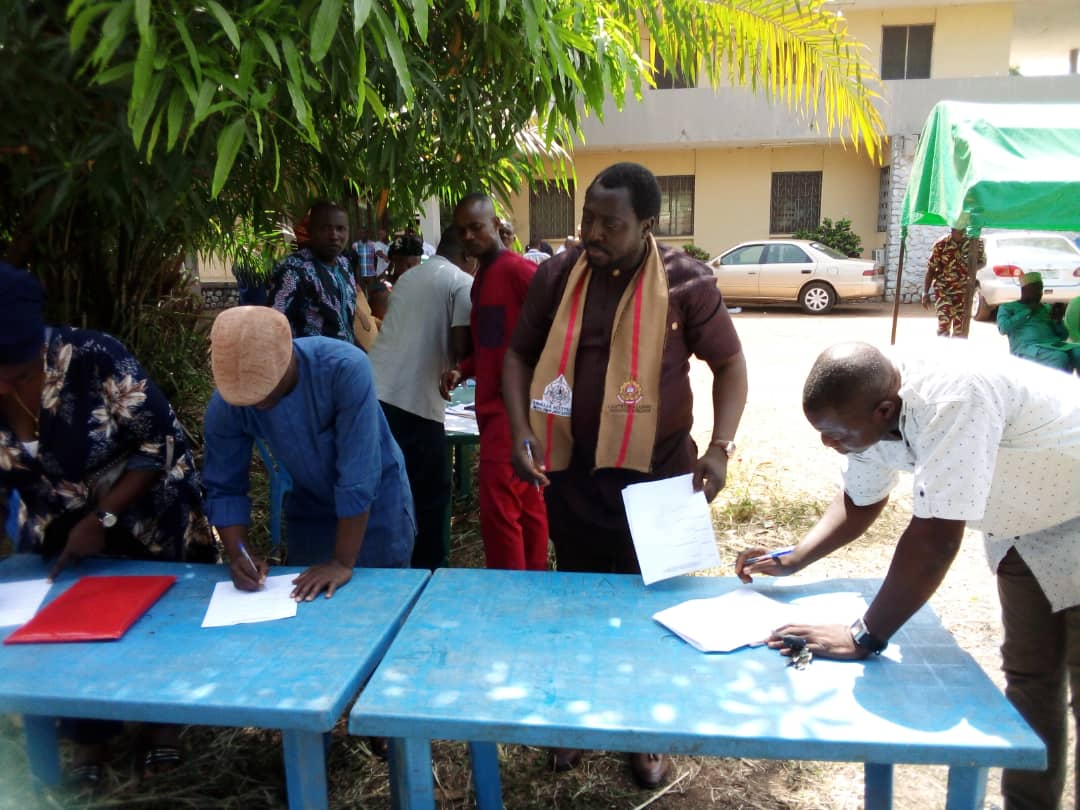 The election into different leadership capacity of Ladoke Akintola University of Technology’s Alumni Association has today commenced with members and aspirants trooping into the institution’s base in Ogbomosho for their franchise.

The election, which commenced in the early hours of Saturday, the 14th November, 2020, has been adjudged to be free, fair and transparent according to observers.

In line with the Constitution of the Association, All fifteen chapters exclusive of Rivers, Kebbi and South Africa who just attained the status were not allowed to participate but to be observers.

In line with the provisions of Constitution, the electoral chairman stated that any aspirant vying for a position in the Global Executive Council shall be pre-qualified by years spent after graduation and contributions to the development of the association.

Also, must be actively involved in a Chapter of the Association with incontrovertible and non-contestable records.

After the election, the electoral chairman announced the total vote cast as 78 more than the last election which was 75.

The election saw Hon. Onilede Solomon returning as the Global President, Hon. Olalekan Badmus, who is a member of State of Osun Executive Cabinet, also emerged as the Deputy Global President.

According to the Electoral Chairman,Prof Remi Aworemi, “There is no doubt that we have conducted a great election here today. We did our best in putting in place the necessary material to ease the process, while sensitization of members especially electorates was done before the election day to ensure that all our votes count.

“We have delegates from 11 chapters out of 12 chapters and it is a thing of joy to witness the determination of our members to be involved in the election of  new leadership. In fact, it is interesting to have members from diaspora to even come around for this election. The election is over now and not everyone who contested is expected to emerge winner. The most important thing is for us to support those who won to forge ahead as an independent body.

In his acceptance speech, Hon stressed the need for everyone to unite. It is expected to see some aggrieved members who perhaps because of their interests would want to polarise the association. There is a philosophy I believe in which always serve as a source of inspiration for me in everything I do. And that is the fact that, every turn life takes must be accepted as God’s plan for us.”

He further told Mouthpiece NGR that one of the major factor he would look into is the issue of convocation so that the association members who had graduated some years back but unable to receive their certificate due to constraints of convocation ceremony would be resolved, adding that within the shortest possible time of his new regime he would work inline with the owners of the University and the governing council.

The election had in attendance the University Representative; Head Public and Alumni Unit of the university, Chapter delegates, Global executives, security personnel, observers and Chairman of Board of Trustee.