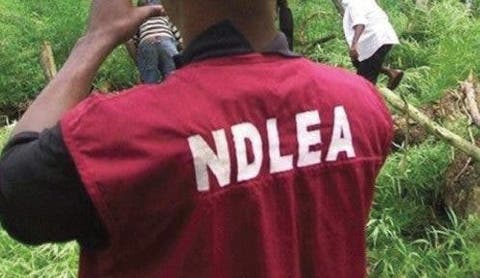 The National Drug Law Enforcement Agency (NDLEA), said it has arrested 37 suspected drug peddlers in Oyo State in the 3rd quarter of the year 2020

The agency hinted that it arrested the suspected drug peddlers for various drug offences which include dealing in Cannabis sativa, Tramadol, Diazepam, Rohypnol, Colorado, codeine and other psychotropic substances.

The Public Relations Officer of the NDLEA in the state, Mrs Mutiat Okuwobi, who made this known in a statement on Monday in Ibadan, said the command recorded the seizure of 2412.388kg of cannabis sativa and other narcotic and psychotropic substances during the period under review.

“The command also gave brief intervention via counselling to 49 (forty-nine) people who use drugs (PWUD). We rehabilitated 6 (six) persons who were integrated back to the society in this same period.”

“The state Command is investigating the seizure of a lorry load of compressed cannabis weighing 2060.7kg transferred to us by the Nigeria Customs Services, Oyo/Osun Command.”

“Furthermore, the command carried out sensitization at 28 locations in Oyo State with 8316 participants.”

The commander of the agency in the state, Mrs Josephine Obi, advised the general public to be watchful and give necessary and timely information in order to rid the state of illicit drug abuse and trafficking

She said: “The recovery of cannabis infused foods and beverages is of great concern and calls for greater vigilance by parents and guardians to prevent their children and wards from becoming drug dependent.”

“For those who have people using drugs, don’t abandon or victimize them because it is not the end of life. They can come to NDLEA for advice so as to assist them in the rehabilitation process.”

“NDLEA is always available for any organization, school, and individual for enlightenment on the dangers of hard drugs and their effects.”

Obi, however, assured members of the public that the agency would sustain its crackdown on the illicit drug market.

“We will ensure that the agency did not only disrupt the activities of those behind the heinous drug crime but will dismantle their networks and defeat them ultimately,” she assured. (Vanguard)