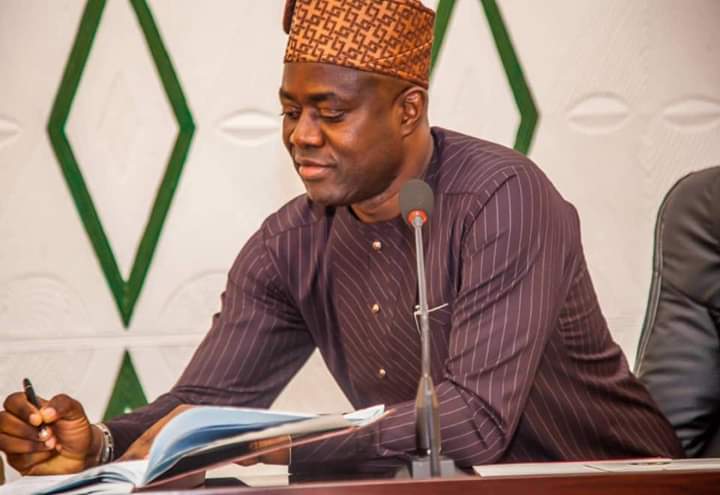 The Oyo state governor, engineer Seyi Makinde, on Monday, set up an initial #500 million compensation fund for victims of injustice, while the state judicial panel that will review cases of police brutalities will be inaugurated in the next one week.

Governor Makinde stated this during a meeting with the local government Caretaker chairmen, Local Council Development caretaker Chairpersons, Clerics, traditional rulers, and security chiefs, held at the house of chiefs, Secretariat, Agodi, Ibadan to find a lasting solutions to the unrest occasioned by the #EndSARS protest.

At the meeting, the governor noted that, as a result of the reduction in income of many, which was inflicted by the Covid-19 pandemic, the recent #EndSARs protest, and increase in unemployment rate, a #500 Million SMEs fund has been set up and the fund will be disburse to youths who have excellent entrepreneur ideas.

He added that he has directed the employment of five thousand youths across all government agencies to tackle unemployment rate in the state.

He disclosed that the state government is also working on agency for direct labor to engage the youth and keep them busy and off the streets. Noting that the cost for the youth empowerment and expenditure of the agency will be included in the 2021 budget.

He added that due to the attacks on Palliative stores, the state government will commence the Fifth phase of palliative distribution before the end of this week in order to cushion the effect of hunger and poverty in the state, while the police stations vandalized during the wake of the #EndSARS protest will be rebuild.

Governor Makinde, however, expressed sadness over the kidnap of the Caretaker Chairman of Iganna Local Council Development Area, Comrade Jacob Olayiwola Adeleke, and assured that government will do all within its best to get him out.

In his remark, the Deputy Inspector General of Police in charge of the Department of Research and Planning, DIG Adeleye Oyebade, who appealed passionately to Nigerians on peace, stressed the need for youths to stop vandalisation, arson and killings in the name of protest.

A traditional ruler, Alaafin of Oyo, Oba Lamidi Olayiwola who noted that protest is a fundamental rights of people, advised government to always provide security for protesters with genuine agitations.

Other speakers at the forum also believed that federal government should listen to the requests of the youths and tread softly when dealing with protesters.