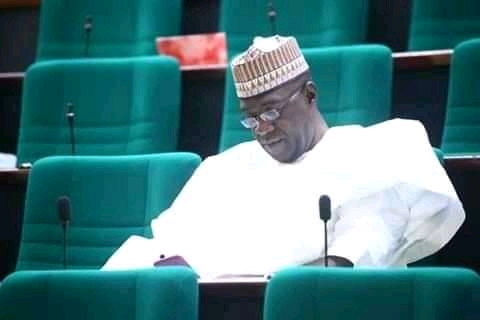 Progressive Youths under the aegis of “Ajaokuta Youth for Good Governance Initiative” wish to condemned the threatening approach from the Federal Law Maker Representing Ajaokuta Federal Constituency at the Green Chamber as inconsequential to the yearning of Good Governance Ajaokuta people deserved.

The president of the group Comrade *James Muhammed* while reacting to the incident says he has received several calls threatening his safety by the lawmaker, and this act from Hon Lawal has  further unveiled his incapacitated leadership as he unguardedly threatened the peace we enjoyed in Kogi State ably led by His Excellency Gov. Yayaha Adoza Bello.

Instead of evidentially dominating the media with his  achievements i.e if he has any in the past five years, the Law maker choose to subject the security efforts of His Excellency to serious Jeopardy as the Youths are on the run from being attacked by the thugs sent after them.

In a separate remark, Comrade *Abubakar Muhammed* the secretary of the group challenged the law maker to highlight his tangible achievement  and flaunts the pictorial evidence to enable the public judge how well he has justified his mandate.

Failure to do this, we shall highlights his kangaroo projects and in same vein highlights for him what we need and what we hope to achieve through his office.

It will be at the best interest of the law maker to synergize with the Progressive Youths and seek for advice on how to restore the lost glory instead of going after us that has dim it fit to speak for the voiceless masses.

“In an unjust Society Silent is a Crime and we disagree to be part of the crime.”

In another statement, Comrade *Abdulhameed Ivavah,* the group’s director of publicity while speaking to newsmen, call on the attention of the public recounting that our safety is not guarantee and if anything should happen to any member of our group, *Hon Lawal Idirisu* should be hold accountable.

We further wish to inform the public, particularly the indigent of Ajaokuta LGA that we shall not relent on this course until the law maker who had pledged an allegiance of Good representation compromise to fulfil the allegiance.

We are highly educated people, we are progressive minds, Ajaokuta LGA is our ancestral home and above all we are citizens of Nigeria, thus we deserve good leadership and representation.

Our main challenge with *Hon Lawal Muhammadu Idirisu* is one of unbridled arrogance, intolerance of  opposing few and lack of application of emotional intelligence to governance, and when these three factors are combined, there is no way a rational leadership can survive in driving good development in any society.

Conclusively, the President of AYGGI call on the attention of the State Government through the office SA Security of Ajaokuta LGA, Hon Akaaba Aliyu Mustapha,  The Chiarman  of our Party Rt Hon Hussein Balogun to as a matter of urgency reach out to Hon Lawal and thwart all his evil plan against our well being, because we are member of this party, we work assiduously to ensure the victory of this party, and above all we are indigent of this country.

For one to be free is not merely to cast off one’s chains, but to live in a way that respects and enhances the freedom of others, we have the right for agitation and protest against bad Governance.