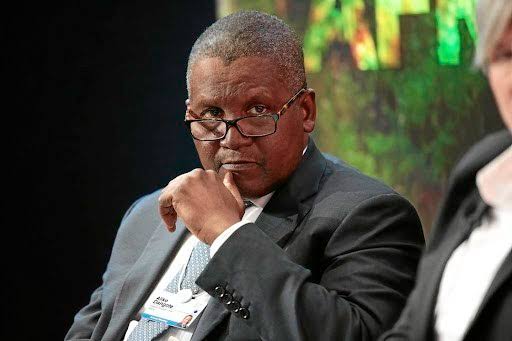 One of the companies owned by Africa’s richest man, Aliko Dangote cement Plc has reportedly sacked not less than 3,000 of its workers.

CableNigeria reports that one of the workers affected who until his dismissal was a senior officer, said himself and former colleagues were sacked from both the Obajana (kogi state) and Ibese (Ogun state) stations on Monday.

The former staff, who spoke on the condition of anonymity said they were all called to pick-up their sack letters today.

The source, who said Dangote declared a profit of sixteen (16) Naira per share at his Annual General Meeting (AGM) earlier in the year, added that none of the staff can trace a reason to the development.

“Dangote just relieved about 3000 of us our jobs now. It’s very Pathetic here. I never imagined this, I don’t even know what to do now. I’m short of ideas now.

No one knows what even leads to that, it was very sudden, We heard it like a rumours over the weekends, and it became a reality on Monday morning, They started from the Ibese station, no one can trace any reason to the mass sack. Because Coronavirus didn’t affect our sales at all.”

Asked if the development may be as a result of a fall in sales, he said, “Loading(sale Operation) is on the high side, that’s the mystery on over the case. Even the ogas(most senior officers) here can’t even say this is the cause. It was a matching order from the Head Quarters.”

“It’s beyond them, Even our Human Resources officers and Director were just crying. They didn’t understand at all. You can imagined. They said they will pay necesary entitlement.” He added.