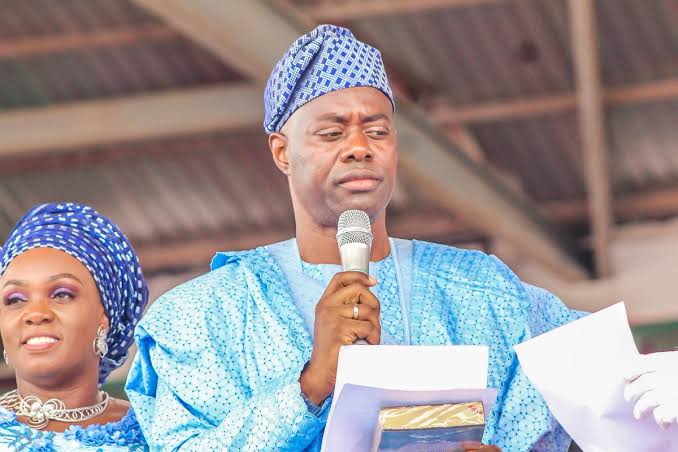 of felicitation across to workers in the state on the occasion of  2020 workers day which is celebrated globally to acknowledge the impact of workers to the development and growth of societies in all countries of the world.

The ruling party made this felicitation known in a statement jointly signed by its State Chairman, Alh Kunmi Mustapha, State Secretary, Alh Wasiu Adeleke, and the State Publicity Secretary, Engr Akeem Olatunji, and made available to press men on Friday (today).

The party stated that it was the prayers and determination of workers and residents in the state that dethroned the last administration under which dignity of labour in the state was reduced to zero by the military-like government adding that the present administration under Governor Seyi Makinde will continue to ensure workers enjoyment as they continue to key into it described as ‘the Oyo Project’.

According to the statement, workers in the state have sacrificed and have continued to sacrifice their energies and intellectual prowess in the service to the state which informed Makinde’s unflinching commitment to ensure that workers enjoy the fruit of their labour here on earth.

The party further noted according to the statement that if it was government of the All Progressives Congress (APC) they would have used the COVID-19 pandemic and decline in federal allocation as a result of shortfall in oil price as excuses to continue to subject workers in the state to unimaginable hardship.

PDP stressed that under former governor Abiola Ajimobi, every slight implication on the economy was used as excuses to impoverished Oyo state workers stressing that such level of insensitivity defiled all logical reasoning describing it as sheer wickedness borne out of power intoxication.

The ruling party stressed that workers in Oyo state never had it so good during the immediate past administration as they currently do under Governor Seyi Makinde led government adding that testimonies from Oyo state workers and solidarity supports to the governor by Oyo state Chapter of Nigerian Labour Congress (NLC) and its counterpart, the Trade Union Congress were proof that workers are solidly behind the PDP government in the state.

The party said that Oyo workers will continue to enjoy the fruit of their labour under PDP government without any hindrance not only in terms of salaries alone but other benefits such as housing loans, car loans, free and qualitative healthcare as well as adequate retirement benefits.

The party added that Governor Makinde has fully restored the pride of Oyo state civil servants which was why financial institutions could be chasing after workers to grant them access to various loan facilities.

Furthermore, it noted that it was the workers in the state that gave Governor Seyi Makinde the  acronym (GSM) and even went further to dedicate 25th of every month as GSM day because it has become a day in every calendar month in which workers in the state start to receive their salaries unfailingly.

It also noted that Makinde’s entrenchment of merit based reward in the Oyo state civil service has fired up workers motivation across board which was reflected in increase in the state internally generated revenue before the advent of corona virus pandemic leading to partial lockdown of the state which has badly affected the revenue base of Oyo state.

The party particularly commended governor Makinde’s leadership style and his entire cabinet members for taking Oyo state to an enviable height worthy of emulation by other states and the federal government of Nigeria.

The party however assured that even though opposition particularly the APC has refused to empathise with the people of Oyo state by supporting the government in its fight against COVID-19, Makinde’s government will continue to explore every available opportunity to make life better for the people particularly its workforce noting that Oyo APC have taken the pandemic as a window to mount its self styled propaganda based on deceit and evil machinations aimed at what it called ‘pull Makinde down at all cost’.

The party wished the workers a happy celebration and enjoined them to continue to support governor Makinde and his government in its selfless service to fully restore the pace setter pride in all citizens and residents in the state.