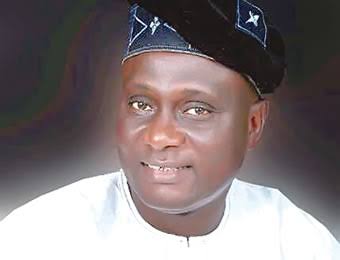 The National Working Committee (NWC) of the Peoples Democratic Party PDP has directed the Osun State Chairman of the Party, Hon Soji Adagunodo to step aside.

This was contained in a letter addressed to Adagunodo by the National Secretary of the Party, Senator Usman Tsauri, in which a copy was obtained by Mouthpiece NGR.

Tsauri said the decision was imperative as the report of the National Disciplinary Committee of the Party found merits in the allegations and complaints against Adagunodo.

NWC said full investigation would be conducted on the allegations pending Adagunodo’s exit of office.

Adagunodo was informed in the letter that he received that the National Disciplinary Committee of the party would handle his case.

NWC asked Adagunodo to quit being the chairman of the Party in Osun pending when full investigations will be concluded into allegations.

He was asked to hand over documents in his possession to the Vice Chairman of the party who would be acting as the chairman forthwith.