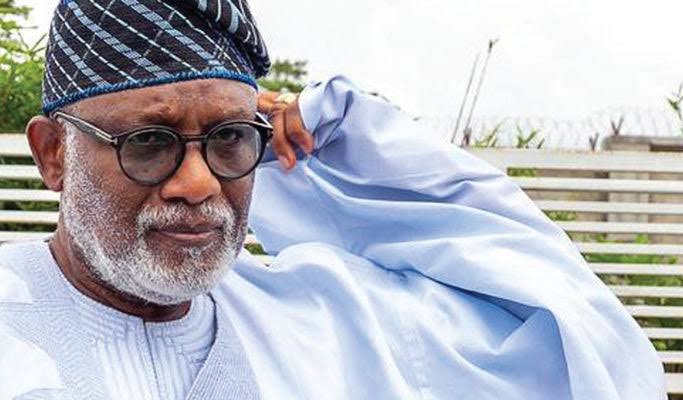 The scourge of covid19 has set humanity on a curve of  unpredictability and uncertainty which has greatly exposed the vulnerability and leprous feet of all sectors of the Nigerian Space and by extension,  Ondo State.

And so, what we do next matters!

Before the covid crisis, we were faced with interrelated threats of inefficient power supply- the south of Ondo State has lived without electricity for over a decade,  super charged economic inequality,  a burden of huge wage bills by government and chronic job insecurities to mention a few.

All efforts to make agriculture an enterprise for wealth creation have always been best political save guarantee of food security.

Our SMEs have never been sustainable, while industrial development has largely been a subject for campaign purposes in spite of Hundreds of billion spent by present and past administrations.

These problems in their myriads have been left evidently unaddressed by previous governments while the outgoing government of  Rotimi Akeredolu will ingloriously be remembered for a legacy of jamborees, nepotism, familocracy (government of family, by family and for family), and needless to emphasize the recent institutionalization of political intolerance and crass abuse of executive powers which is further jaundiced by a rubber stamp state house of assembly that can best be considered toothless dogs (not bulldogs).

It is therefore no longer news that the incumbent Government has somewhat lost its shine and sheen when it comes to a parade of brilliant minds and visionary political leadership at all levels. What we have today is an aggregate of liliputans, interlopers and political philistines at concert holding public trust in the administration of statecraft.

Political “jagbajantis” has become a common feature of our fabric in recent times – no thanks to the brazenly fraudulent emergence of Akeredolu as the All Progressive Congress candidate, and the wheels of retrogression that has since set Ondo State aback in thirty years spins on.

His government has exhibited lack of momentum to cohesively drive a people towards prosperity and the manifestation of their divinely endowed potentials.

But yes to the saying ‘Uncommon times,  demand uncommon minds’.

The times are begging for political avatars of great and glorious forms and it’s must not be long!

It therefore behoves that there is an urgent need by the great masses of Ondo State for visionary political leadership –  enamoured with novel and innovative approaches to issues of politics, governance and public policy for these challenging times.

Tell it to the politically uncircumcised that the people of the Sunshine State long to have a government whose signature projects will reflect positively on the well-being of all and sundry and not for a less than hundred few!

The incoming administration must hit the ground running in the form of the doggedness of a jackal and the ferocity of a bear amidst inherited wreckage from the incumbent.

Franklin Roosevelt faced a menace of an influenza epidemic and great economic depression which prompted him to abandon the economic orthodoxy of that time and had to chat a new course. It was called the “New Deal”. He patterned his novelty in a form that government could create jobs and establish a fairer society with better public infrastructures and quality public service.

The plan led  to lower levels of inequality and generated sustained prosperity for the working class which lasted for decades until the era of economic liberality unwound the very underpinnings of his legacy.

The plan was modeled as the three ‘Rs’ which was encapsulated firstly in the massive deployment of relief to those suffering hardship and the unemployed, secondly , a recovery which was predicated on the massive investment in health,  education,  industry and sustainable infrastructures which had constituted the building blocks of a viral economy, and thirdly,  reform to prevent the nation from the injustices and mistakes of the past.

Now, Ondo State needs her own  Rs to lead the people towards the path of prosperity and speedy recovery from the downturns of covid19 and maladministration.

A plan to do this isn’t just possible, it is necessary!

We either risk losing a generation to economic devastation or we recover by investing in our future and leaving no-one behind.

What this pandemic and the response to the economic effects by global  stakeholders has shown is that government and the private sector can find common grounds and be able to respond swiftly to problems faced by the masses and largely the youth class.

Conversely,  the Ondo Recovery Plan must addresses the challenges confronting young people by  ensuring that jobs and income are guaranteed to help create hundreds of potential employers with a dominico effect manifest in the quantum of disposable income available for the people to live on.

Agro-enterpises will become attractive when the enormous agricultural potentials of the state are harnessed through massive deployment of mechanised practices and innovative approaches with sustained market linkages for her farmers.

Together, we can build a better future for all of us through a New Deal for Ondo State where human capital and community development will be at the front burner

Feyisayo O.M Ijifusi is a public analyst and an advocate for Sustainable development .