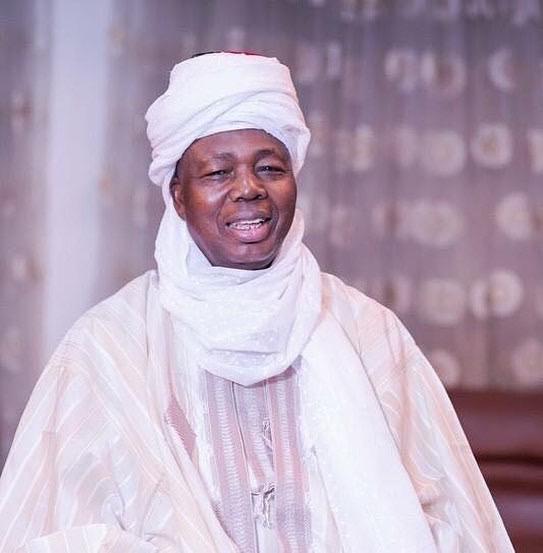 A group under the auspices of “Omo Oloore” has felicitated with Asiwaju Tunde Khamis as he clocked another year today.

Asiwaju Badmus was described by Team Omo Oloore as an icon, a knight, a scholar, a leader, an arch mentor and a philanthropist per excellence, who has stood out tall for his contribution to not only humanity but entire Yoruba nation.

In a statement signed by its spokesman, Mustapha Aleem, on Saturday, the group joined family members and friends to celebrate Asiwaju Badmus, while also underscoring his sacrifices for the county.

“There is this aphorism that not all knights go to war and not all wars are fought by knight. Asiwaju Tunde Khamis Badmus has been in the offing of leadership since the first republic perhaps during his most youthful period as a promoter of the religion of Islam across the globe and a great contributor to the development of Yoruba nation as a whole.”

“The similarity to be established between Asiwaju Tunde Khamis Badmus and a knight would be perfect if looked at from perspectives of his philanthropy and capitalism.”

“As a philanthropist, Asiwaju puts the love of needy, downtrodden and indigent at a special corner of his heart devoting an appreciable amount of his resources to their upkeep and sustenance. In time of drought, he provides them water; in time of rain, he provides a warm abode and in time of deepest despair, he is always there.”

“As a capitalist, scores have benefited immensely from his erudite contributions owing to his flexible policy of setting up a conglomerate that would not only serve as a production hub but also a training ground for determined and deserving members of the society. All that he has institutionalised have been seen to be favourable to human existence.”

“Without being myopic, it is also important to hail the talismanic role he has played in defending and developing the religion he was born into- Islam. Asiwaju took it upon himself to not only equip himself with the knowledge of Islam to significant level but committing his productive time to building befitting structures for the purpose of worshipping almighty Allah and these edifices so spoken of, dot Nigeria as an entity.”

“As a team, which is progressively inclined, we celebrate an icon, a knight, a scholar, a leader, an arch mentor and a philanthropist per excellence, who has stood out tall for his contribution to not only humanity but entire Yoruba nation.”

“We cannot but say alhamdulilah to Almighty Allah for the grace given to Asiwaju Tunde Khamis Badmus to witness this day and to all of us who are witnessing this day.”