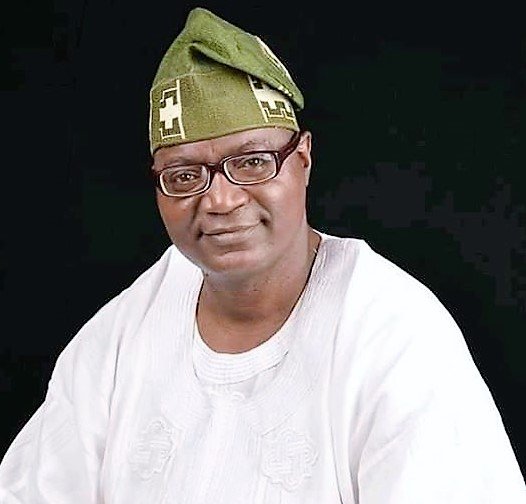 A former Secretary to the Oyo State Government, Chief Sharafadeen Abiodun Alli on Friday described the death of a serving Commissioner for Environment and Natural Resources in the State, Hon. Kehinde Ayoola as “a pill too bitter to swallow.”

Oloye Sharafadeen Alli in a statement personally signed by him and made available to Mouthpiece NGR , said, “Ayoola’s passing leaves sour taste in my mouth.”

According to him, “the news of the demise of Rt. Hon. Kehinde Ayoola came as a rude shock and a pill too bitter to swallow for me. As a matter of fact, it leaves a sour taste in my mouth.

“Reason is: Kehinde whom I normally called Kenny was a friend and co-traveler in the journey of politics for the sake of the people and egalitarianism of our dear State.

“After leaving the Oyo State House of Assembly in 2003, Kenny had built himself up politically and academically. He was so well read resulting in his ability to contribute meaningfully to discussion on almost any topical matters and State of the nation affairs as a whole.

“A cerebral and widely read personality, Kenny was so passionate about Oyo, his home town.

“He was also an exemplary family man and a gentleman to the core.

“He had the ability to see both sides of any issue hence his ability to build bridges in time of conflict.

“It is thus so painful now that Kenny had an opportunity, in a government he helped put in place, to put to use all the knowledge and experience gathered over the years, but death took him away!

“We will miss him so dearly. Oyo state has lost a rare gem. My brother, Governor Seyi Makinde has lost one of his ‘best eleven’.

“May Allah grant all of us including the family (who he loved so much) the fortitude to bear this irreplaceable loss,” Alli added.