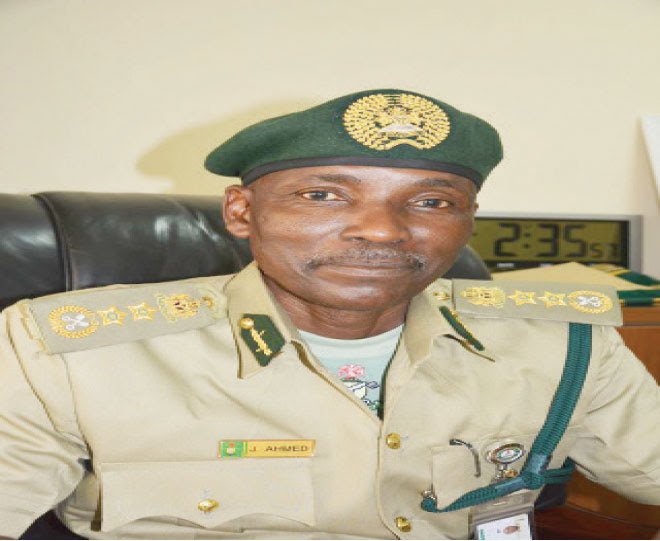 “Intermediary between Jafaru Ahmed and late Abba kyari CoS.Alh Shamsudeen was paid 200million before the demise of late Kyari.”

More facts seems to have emerged regarding the alleged extension of the tenure of Controller General of Nigerian Correctional Service, Ahmed Jafaru.

Jafaru was recently fingered in an age falsification scam which was widely published by several news agencies. But more curiously is why the Presidency overlooked allegations that Jafaru has falsified his age twice.

Mouthpiece NGR learnt he was born on September 30, 1956 but has allegedly changed his date of birth first to 1957, then to 1959 to remain in service.

Jafaru succeeded Peter Ekpendu who retired in 2016 after attaining the statutory age of 60.

His appointment has generated bad blood among officers, especially those from the service.

The clamor and agitation from members of the service is that, the tenure of the Controller general should not be extended.

A source who spoke confidently to Mouthpiece NGR on Friday said, “having served the mandatory 35 years of controversy, age falsification and an illegal one year extension in the service, which is full of bigotry, promotion racketeering, diversion of public funds and embezzlement of staff arrears, the President should have replaced him by now.”

It was gathered that one Alh. Shamsudeen who claimed to be brother of Jalab Arabi had promised to secure another illegal extension for the controller general of NCS through late chief of staff (Mallam Aba kyari) to remain the head of the agency for another one year calendar, after huge amount of money was paid.

A source closed to CG said intermediary between Jafaru Ahmed and late Abba kyari CoS.Alh Shamsudeen was paid 200million before the demise of late Kyari.

“Mr jafaru’s tenure ended on 21st of july 2019 but got extension illegally with the help of former minister AbdRahman Dambazzau, despite being accused of several atrocities, age falsification, mismanagement, diversion of public funds and embezzlement of staff arrears in the service.”

“His extension tenure is to end by july 21st,2020 and he has started lobbying for another extension which is unconstitutional”, Our source added.