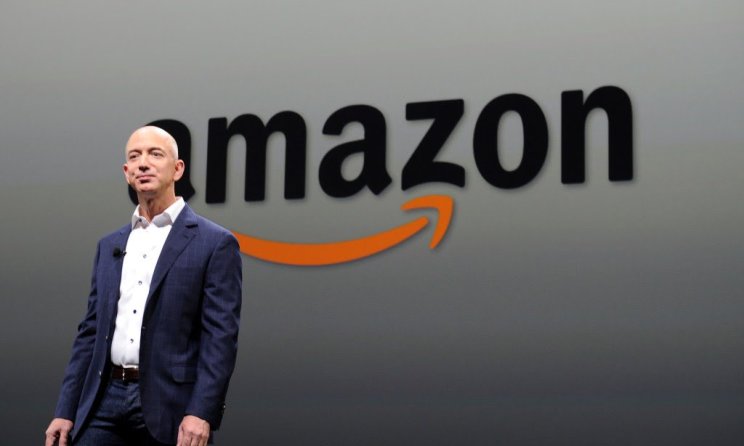 Jeff Bezos may be the first trillionaire the world has ever seen in 2026 if his wealth continues to grow at the current pace, a new study by Comparisun said.

Apart from Amazon in which he owns 11.2% of the stake, Bezos also owns Washington Post newspaper and Blue Origin. The Washington-based aerospace manufacturer and sub-orbital spaceflight services company is developing a rocket for commercial use.

Comparisun said Jiayin may become a trillionaire in 2027 while Ma may hit the wealth milestone in 2030 when he will be 65 years old.

Another Chinese businessman Ma Huateng is listed in fourth place, Mukesh Ambani, who owns Reliance Industries, India’s most valuable company, is fifth on the list.

Facebook founder Mark Zuckerberg is also on the list in seventh place and may become a trillionaire in 2036 when he will be 56.

Comparisun said the projection was done by analysing the market capitalization of the 25 highest valued companies on the “New York Stock Exchange according to Macrotrends, as well as the net worth of the richest 25 people in the world, according to Forbes, in both cases taking the last five years of data (as of September 16th).”

“For both, we then calculated the average yearly % growth over the last five years and applied this rate of growth for each future year to try and predict how the value will change,” Comparisun said on its website.

Not everyone has welcomed the news about Jeff Bezos with cheers. In fact, the projection has raised more dust about Amazon’s alleged exploitation of its workers, especially those in the front lines during the coronavirus pandemic.

Former Democratic presidential candidate Elizabeth Warren described Amazon’s ending of the increase in overtime pay for its warehouse and delivery workers during the pandemic as “immoral”.

The $2 per hour hazard pay, which came into effect since mid-March along with an increase in overtime pay, will be stopped at the end of May, Amazon announced on Thursday.

It was originally billed to stop by the end of April and was extended to May 16 before it was pushed to the end of May.

“We’re going to do one more extension on it and push it out until the end of the month,” Dave Clark, Amazon’s senior vice president of worldwide operations, told Recode.

Another Amazon spokesperson said in a statement that the company was simply “returning to our regular pay and overtime wages” as more businesses exit the coronavirus lockdown in the United States.

But another Democratic presidential candidate Bernie Sanders described Bezos’s massive wealth gain between March and May and Amazon’s decision to return to regular pay as “unfettered capitalism at work”.

“Jeff Bezos, the owner of Amazon, has increased his wealth by $30 billion during the pandemic,” Sanders tweeted on Thursday.

“His response: end the hazard pay increases that Amazon warehouse workers have received, despite hundreds of them being infected with the virus.” (Newsng)