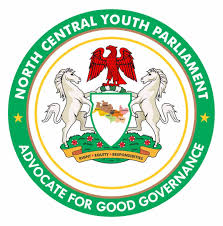 The leadership of the North Central Youth Parliament, NCYP, has resolved to investigate corruption practices in the Nigeria Security and Civil Defence Corps.

This resolution to investigate excesses in the NSCDC was contained in a press statement released to the newsmen through the Office of the Clerk.

NCYP is the umbrella body of all youths cut across the North Central states. It’s part of its constituency mandate to stand for the North Central region, and defend in the fight against corruption, injustice and economic sabotage.

The statement reads in parts: “Our attention has recently been drawn with fact of documents to the NSCDC over mass corruption and illegality going on within the top hierarchies and leadership of the Corps.

“The excesses which range from (i) Diversion of funds meant to procure advance equipment for NSCDC (ii) Failure to pay contractors (iii) Job racketeering (iv) Diversion of funds for election duties (v) Redeployment and Contracts scam, among others. The Parliament also promised to bring to the public domain if the NSCDC is found wanting on a higher of these allegations.

“We have agreed to bring to the public domain very soon if found wanting on any of these allegations. We cannot take it any more.”- it said.