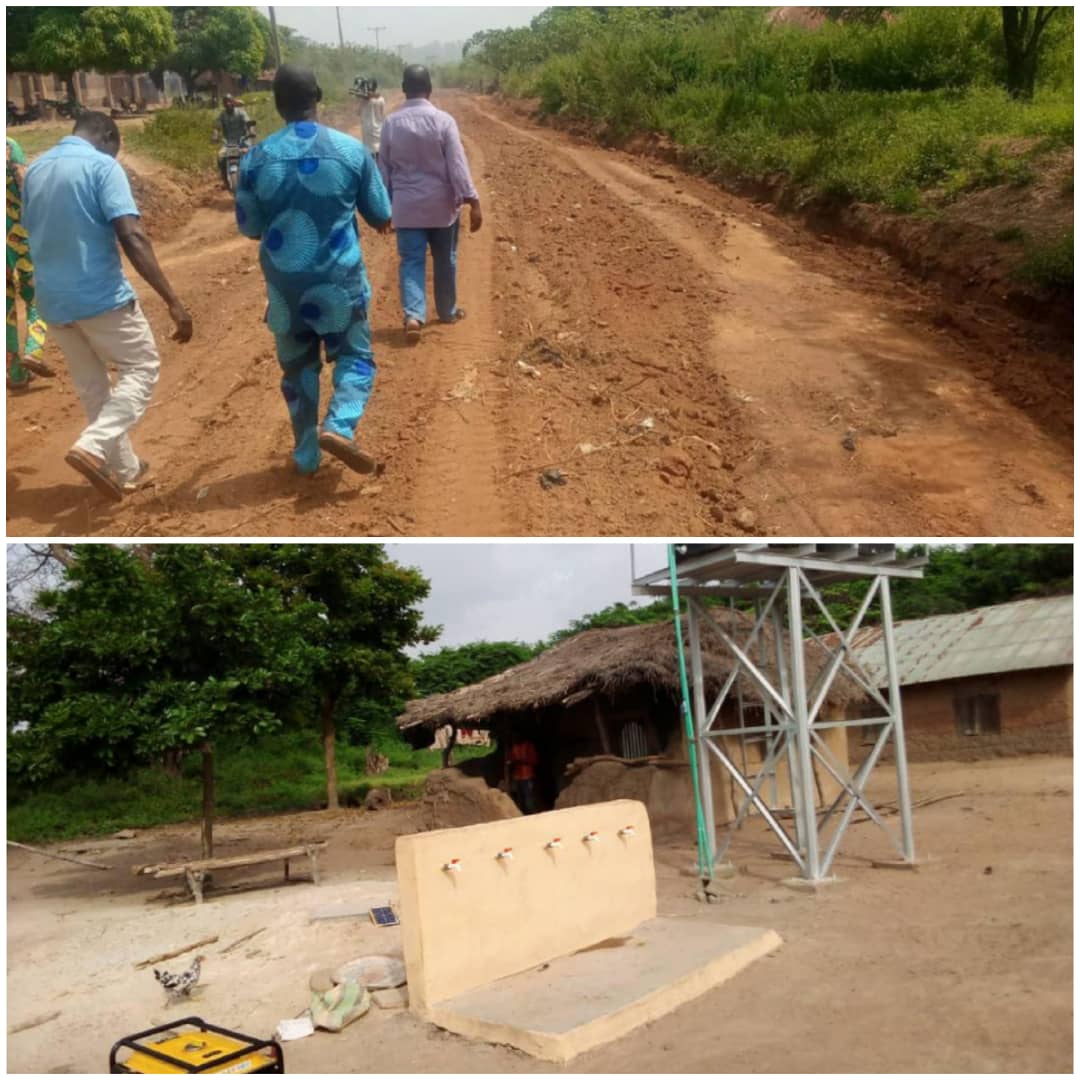 The Chairman, Oriire Local Government of Ogbomoso, Hon. Olateju Michael has again, shown his commitment towards making local roads motorable, as he commenced grading and construction of motorised boreholes for benefits of people in his domain.

In a statement released to MOUTHPIECE NGR on Sunday, the grading commenced with Olohunda-Isepo road in Ward 3 and a motorised borehole constructed at Aba Oke in Ward 8.

Olateju said he was determined and committed to fulfil all the promises he made in his campaign, which includes rapid infrastructural development amongst others.

He added that his administration will ensure that the needs of the communities within his domain are attended to, in order to domesticate and complement the good works of Governor Seyi Makinde-led government at the grassroots.

In his words: “The completion of these interventions would in no measure help to facilitate more development, improve on the local and State economy, and by extension make lives more comfortable for indigents in the region.

“As always, we remain resolute to complement the efforts of the state government led by Governor Seyi Makinde so as to collectively build a virile and prosperous economy for the State, and transform the lives of the people”, Olateju added.