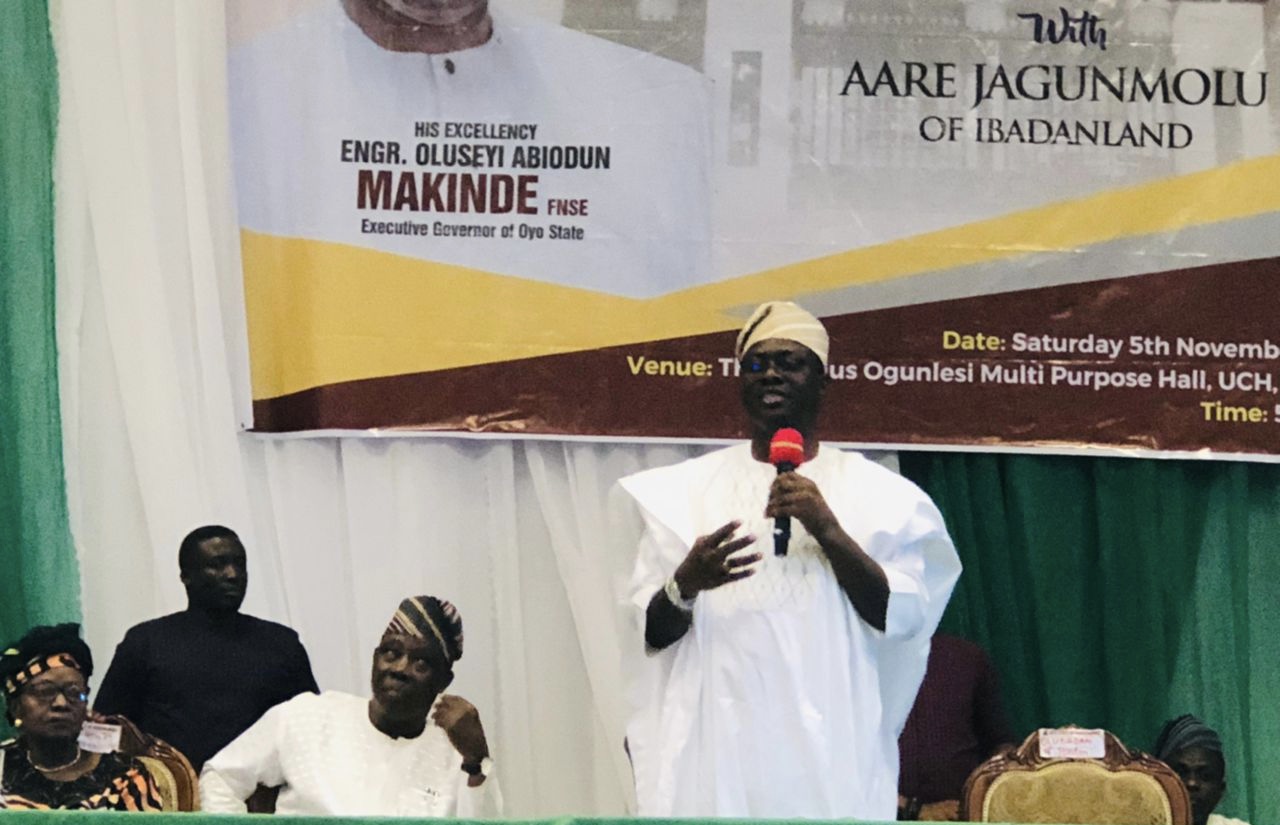 The announcement was made on Saturday by the cultural clubs during a dinner with the governor that they hosted at Theophilus Ogunlesi Multi Purpose Hall, UCH, Ibadan.

Seyi Makinde, the governor of Oyo state, who was referred to as Aare Jagunmolu of Ibadanland at the event, received resounding support from the Socio-Cultural clubs for his re-election.

Chief Wale Akinwande, a former president general of CCII, who addressed on behalf of the cultural clubs, restated their commitment to voting for governor Seyi Makinde’s reelection since they have all come to that decision together.

He continued by saying that they have chosen him as their candidate and have pledged to vigorously advocate for his reelection.

Earlier in his remarks, Governor Makinde, who received the title, expressed his sincere gratitude to the event’s organizers during his speech. He said that before he was elected governor, he had been a member of the Ibadan Progressive Union because he believed in the future of CCII and Ibadanland.

He asserts that he was born in Ibadan and that anything related to Ibadan or CCII is of utmost importance to him. He stated he wasn’t at the program to brag about his role in the growth of Ibadan, adding that he had been participating and interacting with CCII while he was in school and that he always played a supportive role whenever Oluyemisi Adeaga came for assistance.

“Since taking office, I have always made sure that Ibadanland’s interests and tranquility were taken into account before making decisions. “

“When I was sworn in, I encountered Ibadan’s traditional transition difficulty. I ensured that the problem was fixed and that the traditional system in Ibadan was restored to normal, as it had been.”

“As governor, I am not qualified to spearhead any reform; if there were to be any reform, it would need to come from the inside.” They are the qualified authority to lead the reform, regardless of what they decide. Therefore, as governor, I shall sign it once you comply with your obligations.

“However, in terms of governance, there are many significant initiatives that this administration has undertaken to improve oyo state and ibadan in particular, and the successes in those projects are already recorded in the book that has been made available to everyone here.”

“We had an accident on Akufo during my campaign, and I promised the people we’d fix it if we were elected. Today, the Awote-Akufo road is at least 80% complete, and others too.”

“I told our people that the majority of our initiatives will strengthen our economy, and Alakia Airport is one of them. This airport has been bringing in money through flight operations. The number of flights will soon expand along with connectivity, enabling us to fly.

Makinde, who was in company of his deputy, Barrister Abdul-Raheem Adebayo Lawal, noted that the Ibadan Airport Dualization Road will be completed by the end of this year, and the Ibadan Circular Road, among other projects, will also be completed soon.