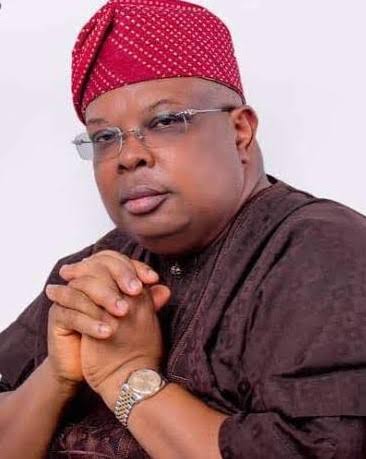 The director general of Tegbe campaign council and Special adviser to Governor Seyi Makinde on local government and chieftaincy matters Hon. Adeniyi Adeyinka Kazim ‘Bibire’ has confidently stated that Oyo South PDP Senatorial Candidate, engineer Olasunkanmi Joseph Tegbe will be proactively responsive to the social/ economic exigencies of the Constituency through quality legislation if voted for.

Bibire in an interview with a popular broadcast journalist, Temitayo Oyeladun on Lagelu FM, BOSENLO, monitored by The populist news on Saturday said “Oyo South PDP Senatorial Candidate, Engineer Olasunkanmi Joseph Tegbe is the best among all the candidates vying to become Oyo south senator in the forthcoming general election.

Tegbe is coming under a reputable party, peoples Democratic Party (PDP), the best political party in Africa, a party with good antecedents” He boasted.

A perfect example to showcase the quality of our party (PDP) is the superlative performance of the incumbent Governor of Oyo State, Engineer Seyi Makinde.

The Governor has continued to put smile on people’s faces through his consistent payment of workers and pensioners salary.

The economy of Oyo state is recycling and we can see the multiplier effect in the state.”

Interviewer: Who is Olasunkanmi Joseph Tegbe?

Bibire : “Tegbe is a complete gentle man, an intelligent man, a quintessential engineer, a financial expert per excellence and a philanthropist with milk of human kindness.

Engineer Olasunkanmi Joseph Tegbe has contributed immensely to the economic development of many countries and states. If you recall, Tegbe was part of the economic management team of the formal governor Abiola Ajimobi.

Tegbe is ready to amalgamate these wealth of experience to bring quality representation to the good people of Oyo south senatorial district.

“Tegbe is not a vain glorier, he is not one of those fake politicians who only live in past glory.

He is a philanthropist who is always ready to find solution to people’s woes and not multiplying them.”

Was Tegbe imported to PDP?

Bibire: “Without any equivocation, Tegbe was not imported to PDP.

Tegbe is a visionary politician, he saw the numerous achievement of Governor Seyi Makinde and he chose to defect to a performing party.

Tegbe also believes that it’s only PDP that can make his ambition come to fruition and he decided to come under the shield of umbrella to find solace.

Bibire in his response to some callers, he thanked them for their support to the Seyi Makinde administration and also advised the populace to not always Play politics with everything ,saying if anybody wants to criticize Governor Seyi Makinde’s administration, it should be done constructively.

In his submission, Bibire implored the good people of Oyo state to vote en masse for Oyo state Governor, engineer seyi Makinde,oyo south PDP senatorial candidate, Engineer Olasunkanmi Joseph Tegbe and all PDP candidates in the state and at the national level in forthcoming general election.