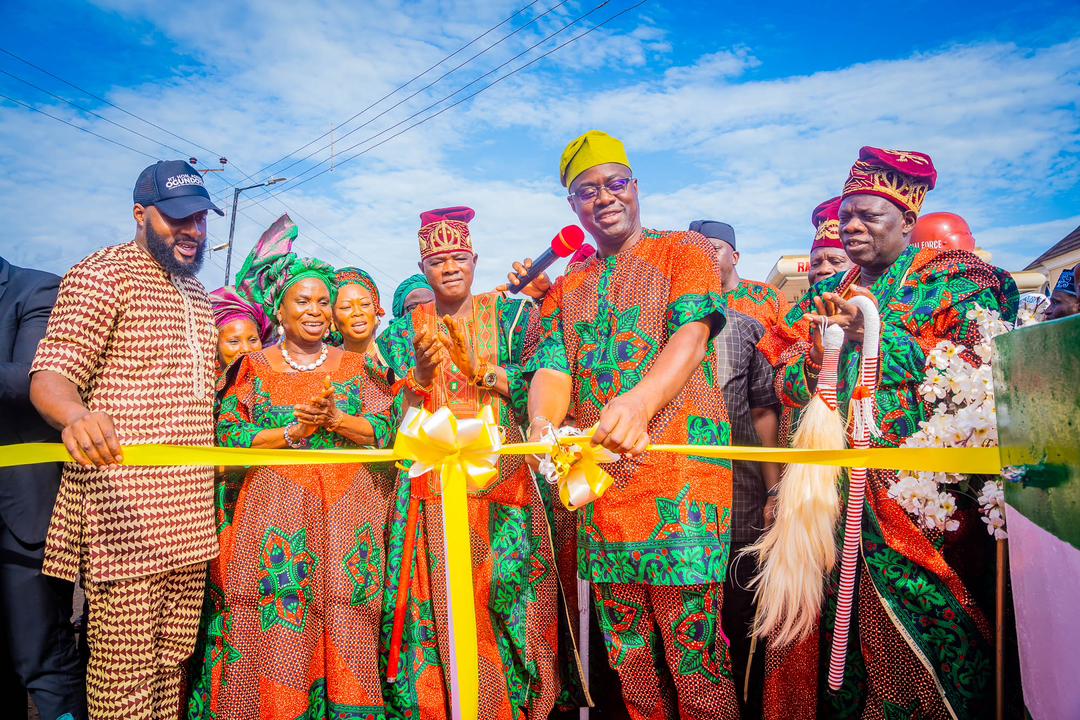 Oyo State Governor, ‘Seyi Makinde, has stated the readiness of his administration to add tourism as a major plank of its economic expansion agenda.

The governor stated this at Igbo-Ora, on Saturday, during the annual World Twins Festival, organised by the Igbo-Ora community, Twins World Creations and the state government.

A statement by the Chief Press Secretary to the governor, Mr. Taiwo Adisa, quoted him as saying that the administration has succeeded in rejuvenating the state’s economy through agribusiness, but that it would now focus on tourism as another major contributor to the state’s economy.

Governor Makinde, who declared that the Twins Festival, which is a celebration of Igbo-Ora’s renown as the world’s capital of twin and multiple births, has a great tourism potential for Ibarapaland and Oyo State, said that the government would do everything possible to make the zone a tourists’ destination.

Governor Makinde maintained that with his administration having been able to turn around the security situation in Ibarapaland, it would put in place adequate infrastructure, which will help tourism to gain foothold.

He noted that within the next few weeks, construction works would begin on the Ibadan-Eruwa Road and the Igbo-Ora-Iganna Road, with a view to fully integrating Ibarapa Zone into the economic development agenda of his administration.

He said: “I greet everyone present here including our National Assembly, House of Representatives and State House of Assembly candidates.

“Today, we have come to celebrate with the twins and I am very happy to be here. But I must say that today’s festival is beyond celebrating the twins. We are talking about the potential for tourism from this event.

“Almost four years ago when I came here, I campaigned on four major pillars, which are Health, Education, Economic expansion and Security. And today, I am glad that Oyo State has made significant progress on the four pillars.

“We used to have security challenges in Ibarapaland before but it is now a thing of the past as our people now go to farms with their minds at rest while others go about their daily businesses and endeavours in peace.

“Before we got into government, there was nothing like Amotekun, but we created the security outfit and I believe you can see them right in front of us in this event.”

“Let me also add that we will expand the pillar on expansion of our economy. Before, we were talking about agribusiness, and now we will add Tourism. “And if we want to do this, we need to look into what can make tourism gain a foothold in Ibarapaland. So, we need infrastructure.

“Before I come back here to flag off my campaign, you would have seen some contractors on the Ibadan to Eruwa road. You would also see them on the road linking Igbo-ora to Iganna, and I believe Ibarapaland will be fully integrated into the economic development of Oyo State.”

Earlier, the Olora of Igbo-Ora, Oba Jimoh Olajide Titiloye, thanked the governor for identifying with the land of twins and multiple births, declaring the support of his people for the governor’s re-election bid.

Similarly, the Commissioner for Information, Culture and Tourism, Dr. Wasiu Olatunbosun, in his goodwill message, said that the state government was happy to associate with the Twins Festival because of its tourism potential.

Initiators of the programme, Taiwo and Kehinde Oguntoye, in their speech, thanked the governor for gracing the event, adding that Governor Makinde happened to be the first elected public official to identify with such a programme.

They equally asked the governor to initiate a policy to support twins and families with multiple births.