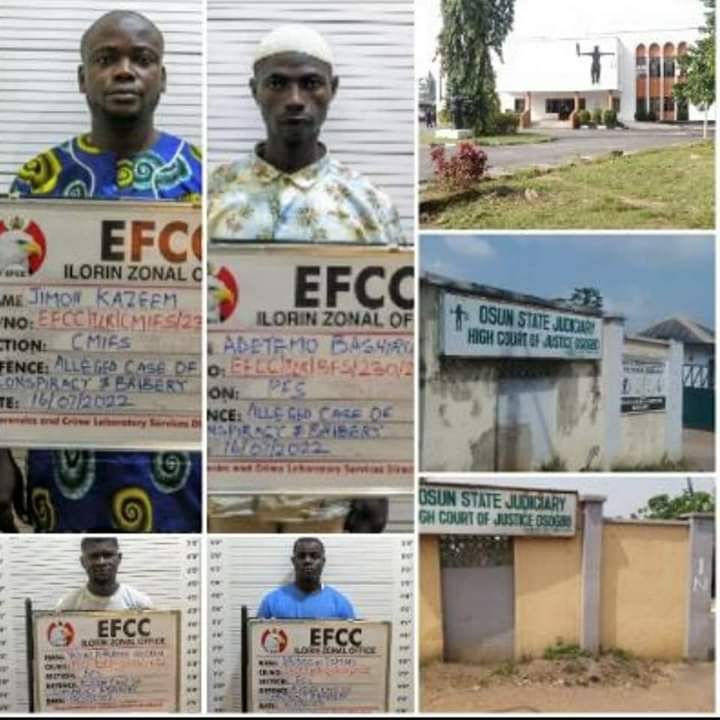 The defendants are Adeyemo Bahiru Abiodun, Abidogun Ismail, Jimoh Kazeem and Yekini Nurudeen AbiodunThey were arrested by operatives of the EFCC at different polling Units following credible intelligence that they were inducing voters with money to vote their preferred candidate.

While the charge against Adeyemo, Abidogun and Jimoh was consolidated, Yekini was arraigned on a separate charge.