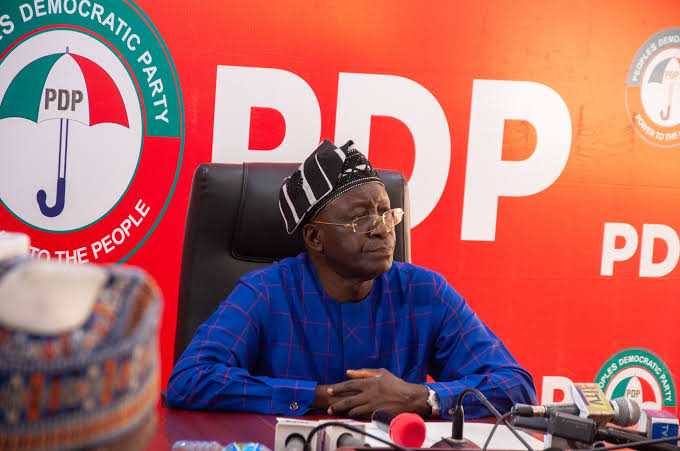 Senator Iyorchia Ayu, the National Chairman of the Peoples Democratic Party, on Friday reacted to the controversies surrounding the return of over N100m housing allowance.

According to him, NWC unanimously agreed on the allowance and that reports that the money was a bribe or an illegal payment as being alleged by some persons were false.

This made known in a statement by his Special Adviser on Media and Communications, Simon Imobo-Tswam, Ayu said his mission was to return the party to power and that he wasn’t after the finances of the party. He spoke while welcoming the Forum of Elected Ex-Officio Members of the party who paid him a solidarity visit at the party’s headquarters.

Ayu said, “The NWC met and discussed the issue of Housing Allowance. It was unanimously agreed that no bribe or any form of illegality took place. A statement has since been issued to that effect. The matter has now been laid to rest.

“I have been a leader of the National Assembly. I have been a minister many times. As a person, I have many faults, but stealing is not one of them. I am conscious of my place in history, and the NWC that I lead is guided by the twin-principles of transparency and accountability.”