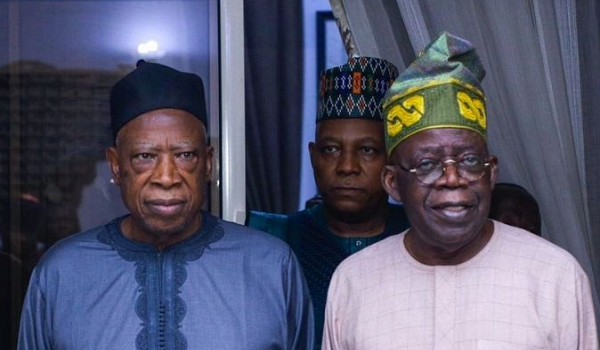 Security has been beefed up in around the National Secretariat of the ruling All Progressives Congress (APC) ahead of the hosting of the party’s presidential candidate, Asiwaju Bola Ahmed Tinubu by the National Working Committee (NWC).

he party’s flagbearer will be accompanied by his running mate, Senator Kassim Shetimma and the Director-General of APC Presidential Campaign Council, Governor Simon Lalong of Plateau State.

number of security operatives were seen at strategic positions leading to the party’s National Secretariat on Blantyre Street, Wise 2, Abuja.

Tinubu and his running mate are expected to attend a meeting of the NWC slated for 12:00 noon.

The party has also put in place a crowd control measures to ensure hitch free visit,  the first of its kind since he emerged at the June Special National Convention and Presidential Primary in Abuja.

Majority of the secretariat staff were given a day off while only accredited journalists were allowed into the premises of the party ahead of the visit.