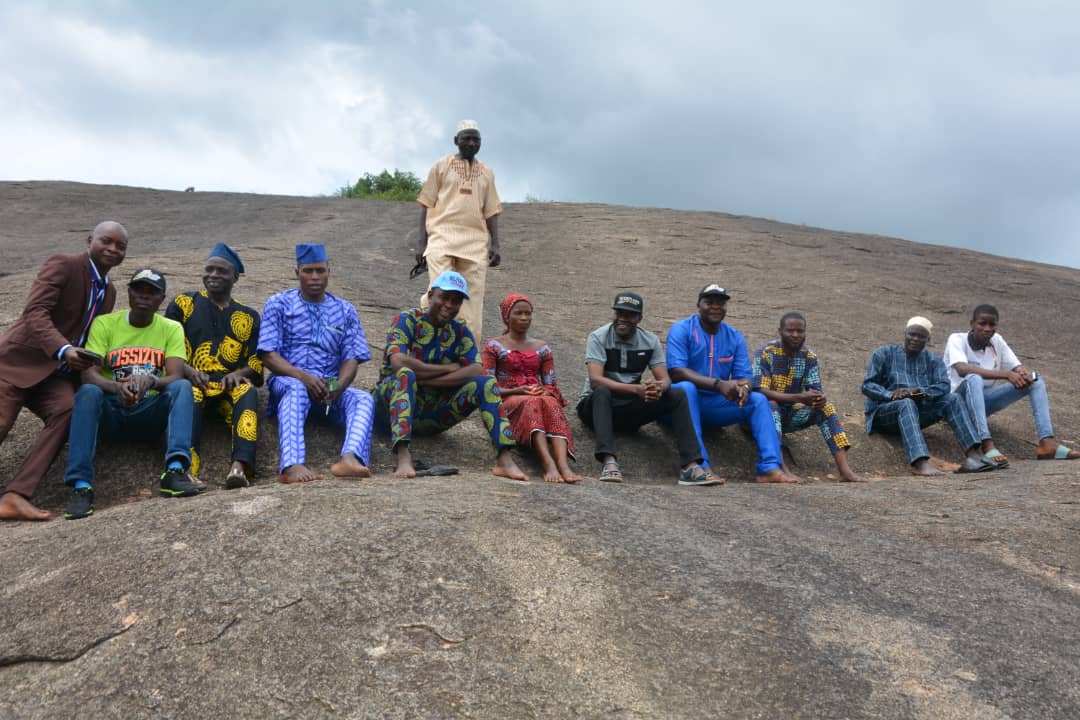 All arrangements are being concluded by the Oyo State government to celebrate the year 2022 World Tourism day which is to be hosted by the Igbeti community in Olorunsogo Local Government area of the State in collaboration with the the State’s ministry of information, culture and tourism.

The Special Adviser to Oyo State Governor on Culture and Tourism, Hon. Akeem Ademola Ige made this disclosure during the inspection visit he paid to Igbeti in Olorunsogo local government area to assess the level of preparation by the community yesterday.

Igbeti popularly known as ‘the Marble City’ is one of the cities that are blessed with many natural and historic tourism hills in Oyo State. It has about 16 hills and popular among them are Iyamapo hill, Agbele hill and Bata Erugba (which is in form of Bata drum) hill.

The Oyo State government had earlier approved the city as the official venue for this year world tourism day, and in order to ensure smooth celebration and make it memorable, Governor Makinde’s aide, Hon. Ademola Ige led the delegation to the site where he met with other stakeholders with a view to brainstorming on the level of preparations.

Hon. Ige who was accompanied by a member of the Oyo State Tourism Board, Hon. Sarah Sobowale, Erelu Funmi Rotiba a tourism promoter/consultant, Prince Wale Olapade a tourism editor with Nigerian tribune, Mr Yisau Adeniran and Mr Sunday Adekunle government officials said the government delegation was in Igbeti to see what has been done and what needs to be done ahead of the world tourism day celebration slated for 27th September, 2022, in which the governor Seyi Makinde and his deputy Barr. Bayo Lawal will like to special guest of honor and chief host respectively, stressing that the celebration will attract many dignitaries both within and outside the State to the city.

According to him, “because Governor Seyi Makinde has keen interest in developing the tourism sector, he initiated the idea of annual celebration of world tourism day with the sole purpose of selling our unique natural and historical tourism sites to the world to attract tourist, investors and increase the IGR of the state. The first celebration was hosted in Idere Ibarapa land, the second celebration was hosted in Ado Awaye and this year celebration is the third one. The two previous celebrations are yielding positive result for the State because last year celebration in Ado Awaye has attracted investors to the State.

It was after the celebration that the first cassava processing industry which Governor Makinde recently commissioned in Oke Ogun was established. This initiative by Governor Makinde has brought tremendous development to the State and I can assure you that this coming celebration won’t be an exemption. I am sure it will open the eyes of the tourists and investors to this city which in turn will lead to revenue generation if we can properly manage the success that will be recorded after the celebration.” He said.

Hon. Ige who charged the tourism committee inaugurated at the local government and the hosting council to double up efforts to ensure a hitch free celebration, promised government’s assistance where necessary for the committee to succeed.

While welcoming the delegation to the council, the acting Chairman of Olorunsogo Local Government, Hon. Adetunji Ezekiel thanked Governor Makinde for approving Igbeti as the official venue for this year celebration, assuring that the committee set up will leave no stone unturned in ensuring a befitting preparation for the celebration so as to juxtapose the magnanimity of the Governor.

Highlight of the visit was an inspection tour to some of the hills by the government delegation.