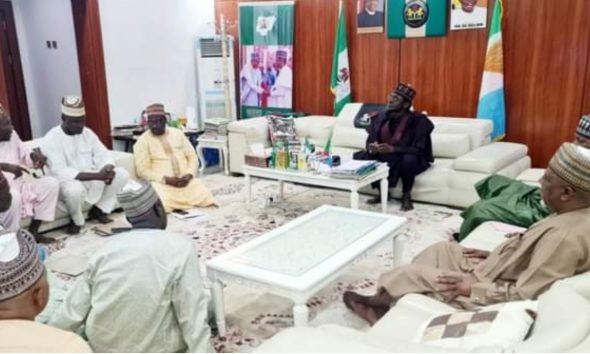 The Governor of Yobe State, Mai Mala Buni has offered automatic job to the two sons of the late Islamic cleric, Sheikh Goni Aisami who was killed last Friday near Gashua.

Governor Buni made this decision, Tuesday when members of the family paid him a visit to show their gratitude for his personal concern for the family.

The Governor has through his media aide, Mamman Mohammed given assurance that government will conduct investigation and unravel the circumstances surrounding the death of the cleric.

He has also given assurance that the government will continue to back the family as it has lost its breadwinner.

Malam Ibrahim Aisami, while speaking on behalf of the family, appreciated the message of condolence and visitation by a high-powered government delegation to commiserate with the family.

He said the employment would cushion hardships the family may suffer following the demise of the cleric.

Meanwhile, the suspects have been arrested by the police while the Military announced that it has launched an investigation into the matter to unveil all details and anyone found wanting, would face the law.