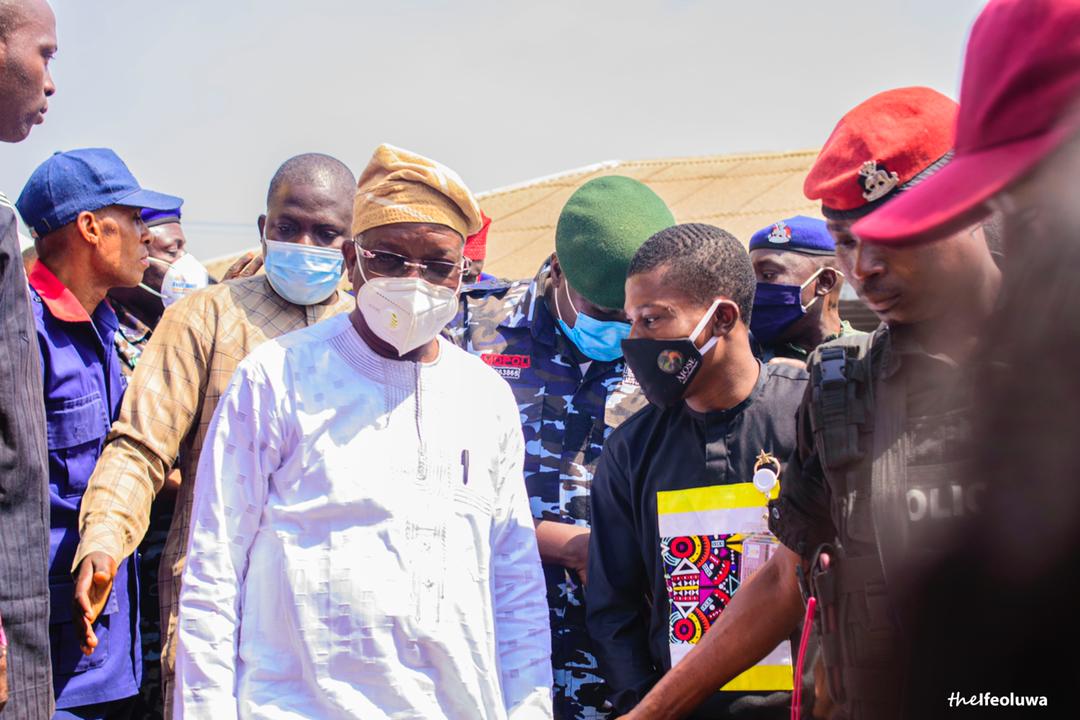 The Students Union of the Ladoke Akintola University of Technology, LAUTECH, Ogbomoso ably led by President Adeboye Anuoluwa on Friday paid a condolence visit to the family of former Governor of Oyo State, Otunba Christopher Adebayo Alao-Akala over his passing.

Alao-Akala, popularly called ‘Oyato Governor’ died on January 12 at the age of 71.

Speaking during the condolence visit at the former governor’s residence in the Rounder area-Ogbomoso, The SUG President said that the quality of leadership that Akala exhibited could not be exhibited.

He described his death as shocking, adding that Otunba Akala was a philanthropist, decent and humble man who was at peace with mankind.

According to Anuoluwa, “we are here to grief with you on the shocking loss of the great icon”

“Otunba’s death was a great shock and unexpected news to everyone as contained in this condolence letter.”

Mouthpiece NGR understands that amongst  dignitaries that present on Friday to pay their condolences to the family of the late icon, included present Deputy-Governor of Oyo State, Engr. Rauf Olaniyan.

Anuoluwa prayed the good Lord to give the family of the deceased the fortitude to bear the huge loss and may the soul of Otunba Adebayo Alao-Akala continue to rest in perfect peace.