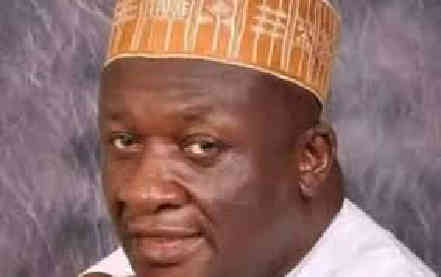 He was the younger brother of the late Hajiya Aisha Jummai Alhassan, also known as ‘Mama Taraba,’ who served as the former Minister of Women Affairs before her death in May 2021.

Earlier this week, the Senator’s family released a statement saying that he died at his home in Jalingo, the capital of Taraba State, on Tuesday after suffering from a brief illness.

The Senator’s family stated that funeral prayers will be held on Wednesday at 1.30pm at the palace of the Emir of Muri, and that she will be laid to rest at Jika da Fari burial ground, where her sister was also laid to rest.

Senator Ibrahim represented the Taraba Central Senatorial District between 1999 and 2007, according to EKOHOTBLOG. Senator Ibrahim was elected to the Senate twice and served in the Senate for a total of eight years.   He was a two-time candidate for governor of the Nigerian state of Taraba.   Former Senator Ahmadu Bello University (ABU), Zaria, was the site of his engineering and business administration studies.   Ibramiyya Primary and Secondary Schools, as well as the Peacock College of Education in Jalingo, were all owned by him at one point.

Abdulazeez Abubakar Ibrahim was elected Senator for the Taraba Central constituency of Taraba State, Nigeria at the start of the Nigerian Fourth Republic, running on the People’s Democratic Party (PDP) platform. He took office on 29 May 1999. He was reelected in April 2003.

Abdulazeez Abubakar Ibrahim Senator for Taraba Central In office May 1999 – May 2007 Succeeded by Dahiru Bako Gassol Personal details Born 1957 Taraba State, Nigeria Ibrahim was born in 1957. He obtained degrees in Engineering and Business Administration from Ahmadu Bello University, Zaria. After taking his seat in the Senate in June 1999 he was appointed to committees on Commerce (vice chairman), Industry, Aviation, Science & Technology, Power & Steel, National Planning and Special Projects. In April 2005 he was among other Senators interrogated by the Independent Corrupt Practices and Other Related Offences Commission (ICPC) concerning a scandal in which Education Minister Fabian Osuji was said to have paid out N55 million in bribes so they would inflate the ministry’s budget. In the April 2007 elections he was a candidate for governor of Taraba State running on the All Nigeria People’s Party (ANPP) platform. Danbaba Suntai of the PDP was the winner.